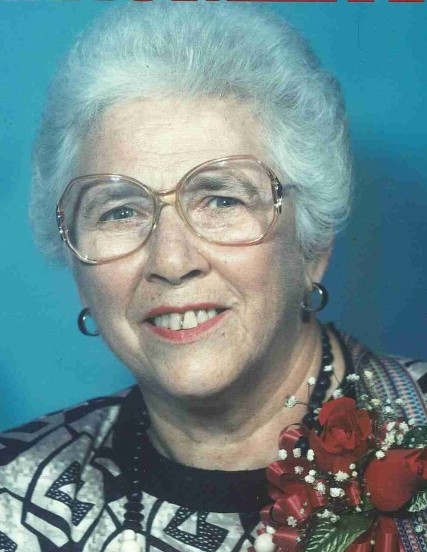 The only child of Nels and Regina Westegard, Marj was born near Osseo, WI, on August 1, 1921. She received her elementary school education in one-room schools in Wisconsin, graduated from Lincoln Hill High School in Osseo, WI, and attended St. Olaf College in Northfield, MN. She married former St. Olaf College classmate and Duluth resident, Lloyd A. Skafte, in 1942.

The Hunters' Park area of Duluth was home while the four Skafte children were growing up. The Skafte home was always open to young people from kindergarteners to University of Minnesota/Duluth students. Marj's can of homemade cookies was a well-known attraction.

Early on Marj's activities centered primarily on programs and organizations which focused on youth. As a member of Glen Avon Presbyterian Church, she was a Sunday school teacher and youth group leader. She served as Guardian for the Glen Avon Job's Daughters Chapter and was a member of the Mother's Council for the Duluth DeMolay Chapter. Marj was   a member of the Order of the Eastern Star, Euclid Chapter #56 and served as Worthy Matron  of  both Glen Avon and Lakeside chapters. She received the Eastern Star 70-year Membership Award.

Marj's professional career began in 1961 when she entered the teaching profession as a substitute teacher in Duluth's secondary schools. In 1964 when executives of a local publishing company (Ojibway Press) were giving women an opportunity in the editorial field, Marj was offered the chance to try her wings. She rose through the ranks from editorial assistant to become editor-in-chief and publisher for Hearing  Instruments  magazine,  a  trade  publication for the hearing healthcare field. As editor-in-chief and publisher, she wrote and edited articles, sold advertising and traveled throughout the world attending hearing healthcare meetings.

Marj retired from this position in 1989 but returned to the publishing field in 1993 at the age of 73 to help launch a new hearing healthcare magazine, The Hearing Review.

Marj was honored by numerous national and international organizations for her efforts in the promotion of the importance of hearing healthcare and was listed in Who's Who in American Women.

In full retirement, an avid interest in continuing her love of learning drew Marj to the University for Seniors program at the University of Minnesota/Duluth. She was one of its charter members and served as its president, as a member of its Council and as a leader of numerous study groups.

A devout Christian, Marj participated throughout her lifetime in numerous organizations and community activities with special focus on those which enabled her to exemplify  her love of God, her family and other individuals to whom she could offer a helping hand. She was an active member of the Lutheran Church of the Good Shepherd (LCGS) and served on numerous LCGS committees over the years.

Marj was preceded in death by her parents, her daughter Patricia Pearman (Noel) and her son Linwood "Woody" Skafte (Mary). She is survived by two children: Merilee Main (James), Portland, OR, and Robert Skafte (Suzanne), Cotton, MN; and numerous grandchildren, great grandchildren and great, great grandchildren.

The family expresses appreciation to the administration and staff of Westwood for the kindness shown Marj during her residence there.

Memorial services will be held at a later date.

To order memorial trees or send flowers to the family in memory of Marjorie Skafte, please visit our flower store.