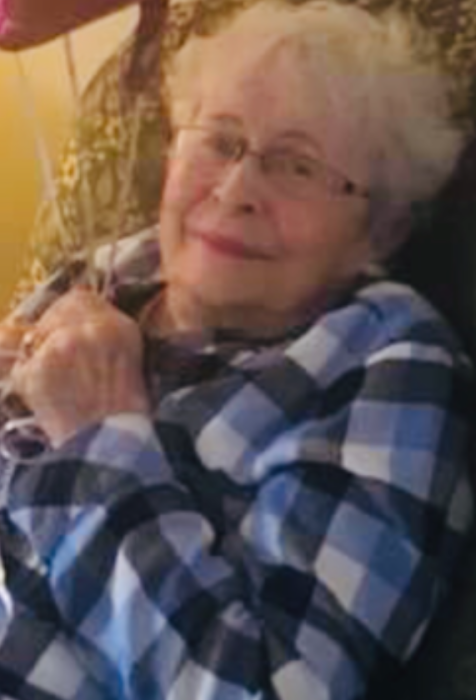 Marian Lorraine Arras was born on February 29, 1928 to Emma and Robert Huston in Duluth, Minnesota.  She passed away surrounded by family on May 2, 2020.

She graduated from Denfeld High School in 1945. She worked for Marshall Wells following high school.

On October 7, 1950 she married Richard (Dick) Arras.  Together they raised six children in Hermantown, Minnesota.

Marian was a beloved sister, mother, grandmother, great-grandmother and aunt. She maintained lifelong friendships.  She had a wonderful sense of humor and wit that was always present. Marian was preceded in death by her husband Richard (Dick), brother Bob (Katie)Huston and sister Arlene (Fran)Gales.

She is survived by her children Rick (Kathy), Colleen (Dale) Michaelson, Randy (Mary), Carol (Gary) Rock, Greg (Patti), and Julie (Mike) Lang. She had 18 grandchildren and 24 great-grandchildren.  She is also survived by her beloved brother and sister-in-law, Denny (Joan) Huston, brother in law, Bill Arras.  She had many loving nieces and nephews.

The family would like to thank the wonderful and compassionate staff at Augustana Care in Moose Lake, Mn. We would also like to thank Ecumen Hospice.

A Memorial Service will be held at a future date.

To order memorial trees or send flowers to the family in memory of Marian Arras, please visit our flower store.