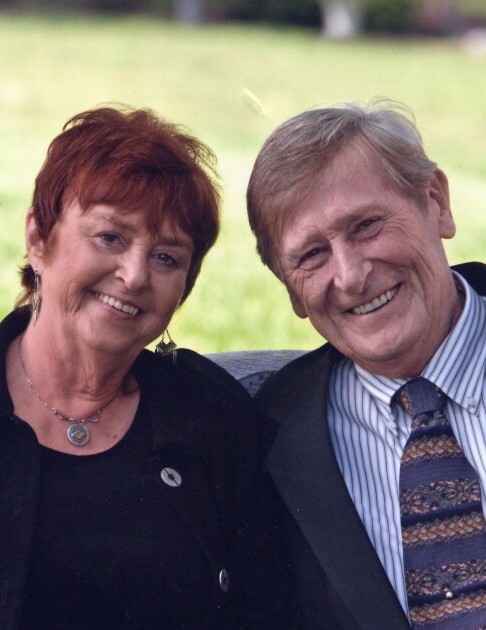 Lucille Ann Couture, 83, of Duluth, died Wednesday, March 23, 2022 at Keystone Bluffs Assisted Living.  She was born January 15, 1939 in Superior, WI to Russell and Ann Marie (Nelson) Sharpe.  Lucille married Clarence Joseph Couture on August 5, 1961.  Lucille worked as a beautician at A Touch of Plasch, as well as being self employed. She was a member of the former St. Paul’s Lutheran Church in Superior, and now Our Saviors Lutheran Church.

Lucille was an avid sports fan; especially passionate about UMD Hockey. She and Clarence were season ticket holders for 50 years. She was a talented bowler, competing in leagues for many years. She also coached girl's softball; winning a state championship with 12 & 13 year olds in 1976. She enjoyed camping at Swanson's Campground in Solon Springs. There are fond memories of Lucille playing ukulele, and singing songs around the campfire. She loved her children and ten grandchildren fiercely. She was a wonderful and caring soul; often preparing large meals for gatherings was a way she showed her love for everyone.

Lucille was preceded in death by her husband, her parents, her brothers Russell and Robert Sharpe and her sisters Nancy Seidlitz and Marleen Garrett.  She is survived by her children David of Duluth, Daniel (Debra) of Esko, DeLaine (George) Brown of Duluth and Darren (Jessica) of Poway, CA; ten grandchildren:  Emily, Kegan, Andre, Elizabeth, Kasey, Kyler, Andrew, Stephan, Megan and Colin.  VISITATION:  Friday, April 8, 2022 from 5-7 pm at Dougherty Funeral Home.  Visitation will continue on Saturday, April 9th from 10-11 am, followed at 11 am with the funeral service at Our Saviors Lutheran Church, 1924 Wyoming Ave., Superior.  Luncheon will be served following the funeral service. Burial will be at Calvary Cemetery, Duluth.  Arrangements by Dougherty Funeral Home, 600 E. Second St., Duluth, 218-727-3555

To order memorial trees or send flowers to the family in memory of Lucille Couture, please visit our flower store.