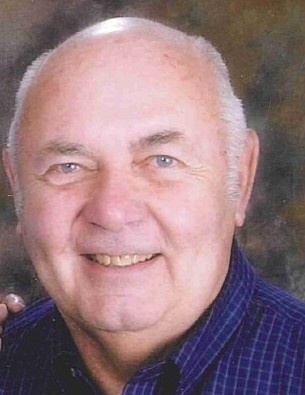 Louis V. Somrock, 87, of Duluth. passed away Wednesday, September 15, 2021 at St. Luke’s Hospital.  Lou was born May 19, 1934 in Duluth to Louis and Frances (Wilson) Somrock.  He attended Duluth schools graduating from Denfeld High School in 1952.  He spent two years in the Minnesota Air National Guard (1955-1957).  Lou married the love of his life Karen Johnson in February 1957 and together they raised two children, Greg and Jeff.  After living in St. Paul for a short time Lou had a great desire to return to Duluth so in 1964 the family moved back to Duluth where he spent the rest of his life.  Lou worked at Duluth Avianics, St. Louis County Federal Savings and Loan and became a owner of a Fishing Resort in Ontario, Canada which he operated for several years.  He loved to fish and hunt and was active in high tower and trap shooting clubs.  He was a member of the Steelhead Association, the Duluth Retriever Club, Kiwanis Club Port of Duluth where he served as the President in 1976-1977 and a member of The Lutheran Church of the Good Shepherd.  Lou loved his family and cherished times spent with them at family birthdays, at the family cabin on Pequaywan Lake and at deer camp.  Lou was preceded in death by his parents and his sister Mary (Kenny) Soderman.  Lou is survived by his wife Karen; two sons Greg (Sherry) and Jeff; four grandchildren:  Wayne, Raymond (Suzanna) Somrock, Jamie (Travis) Tolaas  and Jacob Somrock; six great-grandchildren:  Dean, Aurora, and Sophie Somrock, Kara and Mac Ewen Tolaas  and Primrose Abigail Somrock; his cousin John (Sandie) Wilson; nephews Mark and Steve Soderman, nieces Cheryle Melander and Barbara Welshon.  Thanks to Waterview Shores Two Harbors, Heritage Haven and the staff at St. Lukes Hospice for the fine care they gave Lou.  Visitation:  Wednesday, September 22, 2021 from 10am until the 11am memorial service at The Lutheran Church of the Good Shepherd.  Military honors by the Duluth Honor Guard.  Burial will be at Oneota Cemetery.  In lieu of flowers, memorial donations may be directed to the Lutheran Church of the Good Shepherd Endowment Fund or the Salvation Army.  Arrangements by Dougherty Funeral Home, Duluth, 218-727-3555.

To send flowers to the family in memory of Louis Somrock, please visit our flower store.

Lutheran Church of the Good Shepherd

Lutheran Church of the Good Shepherd