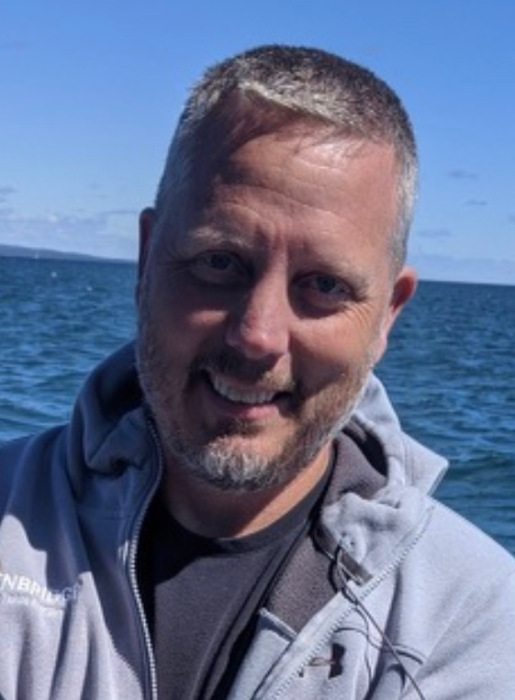 Kevin Randolph Sleen Jr., 51, died unexpectedly on February 26, 2022. He was born on December 9, 1970 to Kevin Sleen Sr. and Patricia (Blakely) Stengel in Shirley, Massachusetts while they were stationed there with the United States Army.

He grew up on the Iron Range in Minnesota as the oldest of six kids. While in high school Kevin met the love of his life, Patricia (Patty) Ikola.

In 1990, Kevin enlisted in the United States Army along with his girlfriend Patty and his brother Jack (John). Upon completing his Army enlistment, he reenlisted in the United States Air Force and served in the Air National Guard with the 148th Fighter Wing in Duluth, MN. He was activated on 9/11 following the attacks on the World Trade Center in support of Operation Noble Eagle. He was deployed multiple times to the Middle East during Operation Iraqi Freedom. He started his career in the Air Force as a Crew Chief in the 148th’s Aircraft Maintenance Squadron, but where he was really able to shine was when he moved into Quality Assurance. He retired faithfully and honorably in 2012 as a Master Sergeant after serving 22 years between the Army and the Air Force.

Kevin enjoyed learning. After graduating from Cherry High School, he continued his education with an Associates of Arts and an Associates of Applied Science degree, a Bachelor of Arts degree, and a Master’s degree from Concordia University in St. Paul, MN. He was in the process of writing his dissertation for his doctorate.

His accomplishments in his civilian career mirrored his military career working in a foundry, the Iron Range mines, and the pipeline industry.  Most recently Kevin worked for Enbridge Energy as a Quality Coordinator. Along with many other awards, he was certified as a Lean Six Sigma Black Belt and Quality Management System Auditor. He participated in MARC (Men Advocating Real Change) and was a mentor for many positions in the company. He will always be remembered for his hard work ethic and dedication.

As proud as Kevin was of his military and professional accomplishments, his greatest legacy is his love for his family and his faith in Jesus Christ. Kevin was baptized as an infant, and his faith grew as an active leader and volunteer at Peace in Christ Lutheran Church in Hermantown, MN. He loved nature and spending time with his wife and children in God’s creation. He enjoyed making bird feeders, camping, fishing, and boating in northern Minnesota, and he included his family in his hobbies. He also did everything he could for his children - from helping with homework, projects, and teaching life lessons. No matter how busy his life was, he was there for his children, because they were his world. For more than three decades, he loved Patty with all his heart and owed many of his achievements to her endless love and unwavering support and dedication to him and their family. These Bible verses from the book of Proverbs were hung on his office wall: “A good man obtains favor from the Lord… A patient man has great understanding… The man of integrity walks securely… He who fears the Lord has a secure fortress, and for his children it will be a refuge.” His family looks forward to a joyful reunion in heaven.

A memorial service will be at 2:00 PM on Friday, March 4th at Peace in Christ Lutheran Church, 5007 Maple Grove Road, Hermantown, MN. A visitation will start at 12:00 PM.

To send flowers to the family in memory of Kevin Sleen Jr., please visit our flower store.