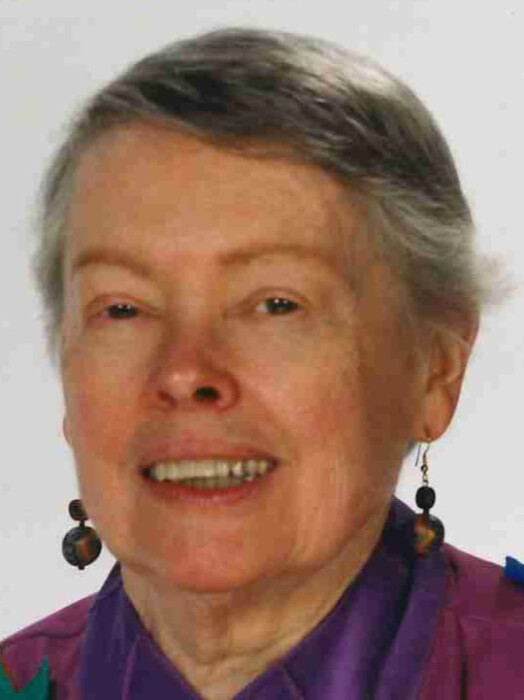 
Kay Vander Horck, 97, passed away peacefully from natural causes November 29, 2021, in her home in Duluth, MN.
Kay was an artist, teacher, and political activist. She led a creative and intellectual life and was a gracious host.


She was born to William A. Sauser and Katherine “Kate” (Hauer) Sauser on June 22, 1924, at Saint Mary’s Hospital in Minneapolis, MN. Kay grew up in Pine City, MN, attended Pine City Public Schools, graduating in 1942. She attended the College of Saint Catherine, Marquette University, and the University of Minnesota, Minneapolis, graduating in 1947 with a Bachelor of Science in Art Education. She was employed at the Walker Art Center in Minneapolis during her senior year of college. In 1966 Kay graduated from the University of Notre Dame in South Bend, IN with a Master of Arts in Education.


When the family moved to Duluth in 1967, Kay became an art teacher and the Elementary Art Specialist for the Duluth Public Schools and taught art for the next 12 years.


Kay served on the Minnesota Alliance for Arts in Education Board from 1974-1978. She was the local director of the Board, initiating many Arts in Education workshops for teachers and students throughout the Duluth School District.


In her retirement Kay became involved in creative fabric art. As a member of the Duluth Needle Art Guild, she received the Best of Show award in 1980. She exhibited at the Duluth Art Institute’s Mask Exhibit and was commissioned by Women’s Advocates in St. Paul to create a fabric collage for their building. In 1999 and 2000 she exhibited her art clothing and fabric collages in a one-woman show at the Duluth Art Institute and at the St. John’s University’s Art Center in Collegeville, MN.


Kay learned to play the soprano and alto recorders, playing baroque music with her recorder friends for 15 years.


Kay was involved with current issues. She served as the local chair of the League of Women Voters in Falcon Heights, MN in the early 1960s when a comprehensive plan for playgrounds and tennis courts was developed and implemented. She dedicated 10 years to a women’s political group, Women Speak for A Sane World, exploring important issues of the day.
Kay was an avid reader all her life despite the challenges of being legally blind the last 40 years. She listened to public radio daily. She mastered the computer. Kay maintained an intellectual curiosity her entire life. She was an intense Scrabble player, winning most of the time. Kay knit many sweaters, caps, and afghans. She engaged her grandchildren in numerous art projects. Kay was an excellent cook and gracious host, welcoming friends, and their friends to the “Bed and Breakfast” on Fourth Street.


The family would like to thank our brother Paul for many years of compassionate care of our mother.

To order memorial trees or send flowers to the family in memory of Katherine "Kay" Vander Horck, please visit our flower store.