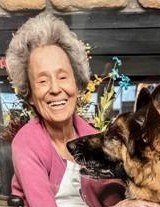 Katherine spent most of her childhood in Superior Wisconsin and Duluth. She and her family did join her father, a mining engineer, as he pursued his career in Little Rock Arkansas, Palm Beach, Florida and Rhodesia, Africa. She had special memories of her time in Africa and enjoyed reminiscing about her visits there. She attended grade school at University of Minnesota Duluth Branch Lab School, (called The Normal School in those days), the Master’s School in Dobbs Ferry, New York and Garland Junior College in Boston Massachusetts where she majored in Early Childhood Education. She pursued a short career in library science in Washington DC and as a nursery school teacher in Duluth.

Katherine loved to read, garden, help-out in the community and travel. Duluth was her beloved hometown. She was one of the first Duluthians to permanently live on Park Point on the shores of Lake Superior. She had a passion for animals and had many beloved dogs through the years. She always referred to them as her children.

Katherine was a compassionate, positive and kind person, and an advocate for political justice. She followed the daily news and never held back her related commentary. She loved a good joke, and her contagious laugh was always accompanied by a twinkle in her eyes. She will be sorely missed by her family and friends.

Memorial remembrances are yet to be announced. Donations in her memory may be sent to Alcoholic Anonymous, a local animal shelter or charity of your choosing.

To order memorial trees or send flowers to the family in memory of Katherine Field, please visit our flower store.