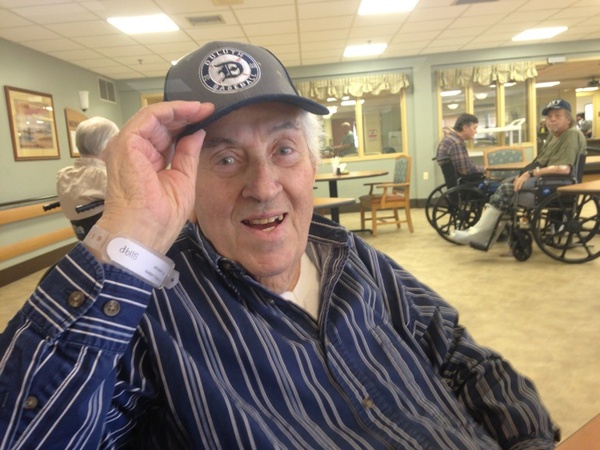 Born June 8, 1927 in Lodz, Poland to Max and Genia Rosenzweig

Sascha was separated from his family at an early age when Germany invaded Poland during WW II.

He spent the war years doing whatever was needed to stay alive.  As a holocaust survivor he has had many stories to tell. Married in December 1949 to Olga “Susie” Kromer, they applied for immigration to America, arrived by ship to New York and then by train to Duluth May 10, 1950. They became proud citizens of the United States September 2, 1955.

Joe worked for Jenos and Orecks Department Store, had his own towing business, owned National Import Export Co. and went in the automotive business working for Bolton Swanby, Arrow Chevrolet and then Krenzens where he was sales manager for many years.  Joe was active in fundraising with Cathedral High School (now Marshall), the Scottish Rite Speech and Hearing Clinic and many others.  He served on the VanGordon Foundation, Miller Dwan Foundation and the Duluth Airport Advisory Board. Joe was a longtime member of Temple Israel and the Kitchi Gammi Club. He was also a member of Ionic Lodge #186, Scottish Rite Valley of Duluth, AAD Shrine and Ela Ala Grotto.

Joe loved being with his family at the summer home in Gordon WI. He was a proud American who was grateful for all the country had to offer.  He worked hard, made many friends who became his family and created a life full of stories people will tell for many years to come.

Services will be held on Friday, June 14th at 11:00am at Temple Israel with internment at Temple Emmanuel Cemetery. A Shiva service will follow at Temple Israel. In lieu of flowers, contribution may be made to Temple Israel’s General Fund, 1602 East 2nd Street Duluth, MN 55812 or Minnesota Masonic Charites/Sottish Rite Clinic of Duluth, 11501 Masonic Home Dr. Bloomington, MN  55437 or the donor’s favorite charity.  Arrangements by Dougherty Funeral Home, Duluth MN, 218-727-3555.

To send flowers to the family in memory of Joseph "Joe" Rosenzweig, please visit our flower store.