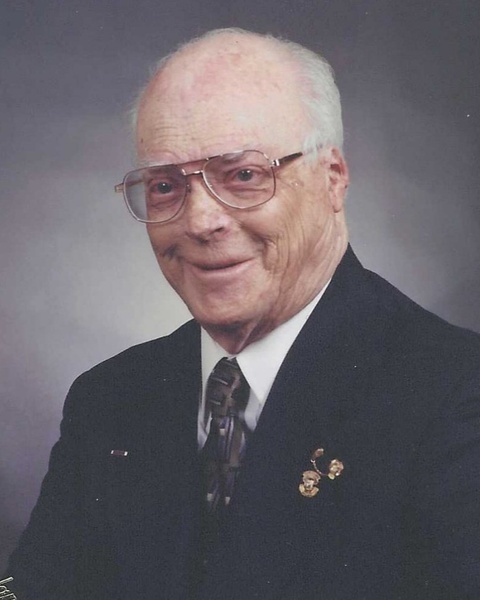 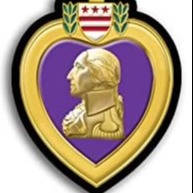 Born February 23, 1921, in Duluth, Minnesota, passed away on October 1, 2022, in Columbus Ohio at the age of 101. Joe entered the United States Navy on June 17, 1940, at the age of 19 as a Boatswain’s Mate Second Class on the USS Paducah. Joe served in the American Defense – North Atlantic, American Theater, European Africa and Casablanca - Iran during WWII.
Joe received the Purple Heart Medal, Victory Medal and Good Conduct Medal prior to being Honorably discharged from service on May 18, 1945. Joe was a Life Member of VFW Post 137, Military Order of the Purple Heart # 56, Disabled American Veterans, Military Order of the Cooties Pup Tent 5, American Legion #71, Knights of Columbus #447 and B.P.O.E Elks #133 in Duluth, Minnesota. He served as the State Commander of the Purple Heart in Minnesota from 1963-1964 and the VFW State Commander in Minnesota from 1983-1984.
Joe loved to travel to Hawaii and take cruises to Alaska and the Mediterranean. He built a cabin in Cotton, MN on West Bass Lake with the help from family and friends. He loved to take his boat out to fish with his children and he loved racing miniature cars when he was in Clearwater, Florida during the winters. Joe was a longtime resident in Tucson, Arizona from 1997-2018. He loved to give and receive hugs every day.
Joe married Lucille M Menghini (deceased April 1979) on July 16, 1949, in Bessemer, Michigan. He married Ruth Hendrickson (deceased December 2019) on July 12, 1997, in Duluth, Minnesota. Joseph Edward Jeanette is survived by 4 children, Joseph M Jeanette (Susan), Laurel A Wright (Kevin), Charlene R Lundberg (Bill), Eileen M Jeanette (Robert). Joe is also survived by, 15 Grandchildren, 18 Great Grandchildren and 2 Great-Great Grandchildren, many Nieces, Nephews & Cousins.
Joe was preceded in death by his parents Rose Theresa Mousolf and Michael Anthony Jeanette, sister Josephine, brothers Nicholas and Charles, son Richard Lewis, and daughter Mary Holly Pelletier.
There will be a Funeral Service at 1:00pm on Sunday, October 30, 2022, at Dougherty Funeral Home, 600 E. 2nd Street, Duluth, MN. Visitation will begin at Noon prior to the Service.
Interment Monday, October 31, 2022 at  11:00am at The Minnesota State Veterans Cemetery in Duluth.
In lieu of flowers please donate to the VFW National Children’s Home in Eaton Rapids, Michigan.
Arrangements by Dougherty Funeral Home 218-727-3555.