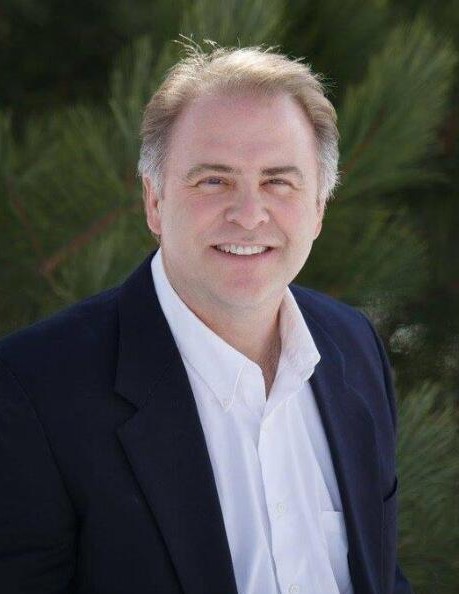 Jonathan Andrew Mix, 56, of Grand Rapids, formerly of Duluth, died of natural causes on January 6th in Duluth.  Jon was born in 1964 in Duluth to Robert and Lois Mix. He graduated from Duluth East High and went on to study business at UMD. He was bright and had an incredible memory, particularly for 80s music trivia. Jon worked in heavy equipment sales for Ziegler Caterpillar, Terramac, and was currently a Sales Manager for Bucher Municipal. Jon was fiercely loyal, strong in his opinions as he was in physical stature, full of fun, and a big teaser. He was especially creative in his coming up with nicknames.

Jon was an incredibly hard worker and a huge dog lover, particularly his beloved labs. He enjoyed deer hunting with his buddies. He taught the love of the outdoors and hunting to his children, passing along his wisdom and knowledge every chance he got. He fell in love with the family cabin in Barnes, WI, where his many skills were put to use. He was a handyman in all respects.

Jon was extremely proud of his children, Emily, Lauren and Tyler; they were the center of his world. He is also survived by parents, Robert and Lois Mix; siblings, Gregg (Laura) Mix, their children Kelsey and Andrew; and Gia (Kevin) DesLauriers, their children Becca, Claire and John. He is survived by the mother of his children, Jodi Mix, and several other nieces and nephews.  He will be incredibly missed.

Visitation will be Monday, Jan. 11th from 5-7pm in the Dougherty Funeral Home, where visitation will continue Tuesday from 12 noon to the 1pm service. Memorials to the American Heart Association.  Services will be live streamed starting at 12:55pm at ,https://www.facebook.com/dfhduluth.   Arrangements by Dougherty Funeral Home, 600 E 2nd St. Duluth, MN, (218) 727-3555.

To send flowers to the family in memory of Jonathan Mix, please visit our flower store.