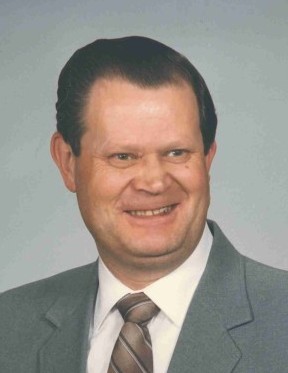 John "Jack" W. Kirkhus, 87, of Duluth, died peacefully on Sunday, December 29th, 2019 in Essentia Medical Center with his wife and constant companion of the past 56 years by his side holding his hand.  Our hearts are sad to see him leave us but we are comforted by the fact that he can rest peacefully.

John was born July 3, 1932 in Duluth, MN to Wallace and Lucille Kirkhus.  A lifelong resident of Duluth, John graduated from Central High School and studied at the University of Minnesota Duluth before serving in the United States Army where John was stationed in Germany driving transport trucks.  After returning to Duluth John began his career at Salo Engineering learning on the job before taking a position at St. Louis County where he met his future wife, Mary Ann.  John was a dedicated family man and a meticulous homeowner remodeling every inch of their home on Jay Street.  John enjoyed bowling with a number of 300 games. John’s other hobbies included woodworking, western and spy novels and camping. John retired from Minnesota Power in 1992 and was able to enjoy many years of retirement before health issues began to slow him down.

John was preceded in death by his parents Wallace and Lucille Kirkhus and his sister Arlene Thorseth.  He is survived by his wife, Mary Ann, his children Ann Marie Kirkhus and Valerie (Kevin) Rappana, 4 grandchildren; Brandon Canny, Amanda (Jacob) Asperheim, Jocelyn Johnson and Lucy Rappana, his nephew Dennis (Joan) Thorseth and 5 grand-nieces.

VISITATION:  Wednesday, January 8, 2020 from 10-11AM, followed at 11AM with the funeral service at Dougherty Funeral Home.  Military Honors will be accorded by the Duluth Honor Guard.  Burial will be at Sunrise Memorial Park in Hermantown.  Arrangements by Dougherty Funeral Home, 600 E. 2nd. St., Duluth, 218-727-3555.

To order memorial trees or send flowers to the family in memory of John "Jack" Kirkhus, please visit our flower store.