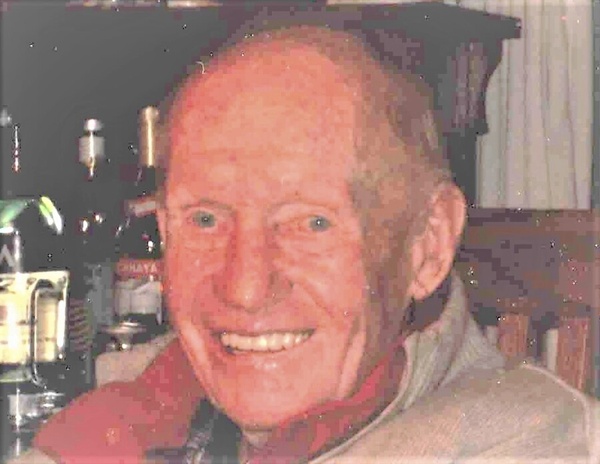 John Eugene “Red” Seitz born November 4, 1926, passed away February 4th, 2022, peacefully at home with his family by his side at the age of 95.  John graduated from Duluth Central High School in 1944 and then attended Duluth Junior College and Duluth Business University. He served in the United States Air Force during World War II from 1944 to 1945. He was also an Eagle Scout out of Troop 4.  He was married in a double wedding on April 7, 1951, to Mary Elizabeth Rayn, one of the Rayn twins. They were married for 65 years before Mary’s death in 2016.  He worked in the construction industry as a superintendent and retired as Vice President and part owner of United General Constructors in Duluth, Minnesota. He oversaw many large constructions projects in Duluth and Northern Minnesota during his career including buildings at UMD, the Port Terminal, schools, paper mills and the Iron Range Interpretive Center.

He was a member of the Duluth Curling Club for over 40 years and thoroughly enjoyed participating and being a part of many winning teams at bonspiels. Red loved playing golf with his buddies and was a lifetime member of Ridgeview Country Club. He shot his age at Ridgeview when was 82 on his birthday (in November!) His final golf game was on his 90th birthday with his family.  He was a member of Pilgrim Congregational Church being confirmed there in 1941.

He was preceded in death by this parents John E. and Virginia (Roedter) Seitz and his wife Mary.

Our family would like to express our gratitude and appreciation for the staff of Kindred Hospice, including Leslie, Shelly, Dana, and Carmen for the care and compassion given to him over the last few months.

To send flowers to the family in memory of John Eugene Seitz, please visit our flower store.