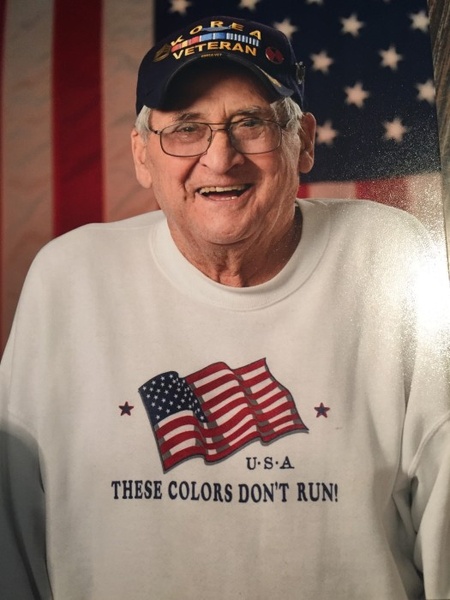 John A. (Koke) Stojevich, 86, of Duluth passed away peacefully at St. Luke’s Hospital on Saturday September 1, 2018.  John, a second generation American, was born to Antone and Eva Stojevich on June 16, 1932 in Duluth, MN.  He was the youngest of 12 children.

John attended Morgan Park High School where he was active in many sports, graduating in 1951.  He was later drafted into the US Army to fight in the Korean War where he served with the 7th Infantry Division fighting on Old Baldy and Pork Chop Hill.  He was a wire chief and forward observer reaching the rank of Sergeant First Class.

When he returned home he met his beloved Pauline Strukel and they were married at St. Elizabeth Catholic Church on September 29, 1956.  Together they had 6 sons:  Anthony “Tony”, John, Robert “Bobby”, Jeffrey, Patrick and Daniel.

John worked at US Steel for 28 years as a lathe operator in the roll shop.  When the plant closed he chose to keep his family in Duluth instead of transferring to Los Angeles.  He then worked at Northern / Viking Electric retiring with 20 years in the Teamsters Local 346.

He coached Little League Baseball for 8 years, helped coach soccer for 3 years and worked with the Boy Scout Troop and Pack 13 where he was awarded the Silver Scooter for 11 years’ service.

John was a member of St. Elizabeth Catholic Church, former president of KSKJ Lodge 171, former president of the US Steel Retirees, Fourth Degree member of Knights of Columbus, St. Lawrence Council 6783 and a 20-year member of The Singing Slovenes.  Additionally, he enjoyed several years playing  Santa Clause for the children of KSKJ Lodge 171 and for Christmas parties at Viking Electric.

John was scrappy; having taken many jobs from the time he was 9 years old to survive; he was well read, loved camping with his family, and was an amazingly funny story teller, great historian, and a fighter for his family.  John was well-traveled having spent retirement roaming the world with Pauline and wintering in Lake Havasu, AZ for 26 years.

The family would like to extend a special thank you to Dr. David Arvold, the medical staff at St. Luke’s; St. Luke’s Palliative and Hospice Care programs and to the staff at Viewcrest Health Center for the amazing care and respect given to John and the family.

To send flowers to the family in memory of John Stojevich, please visit our flower store.