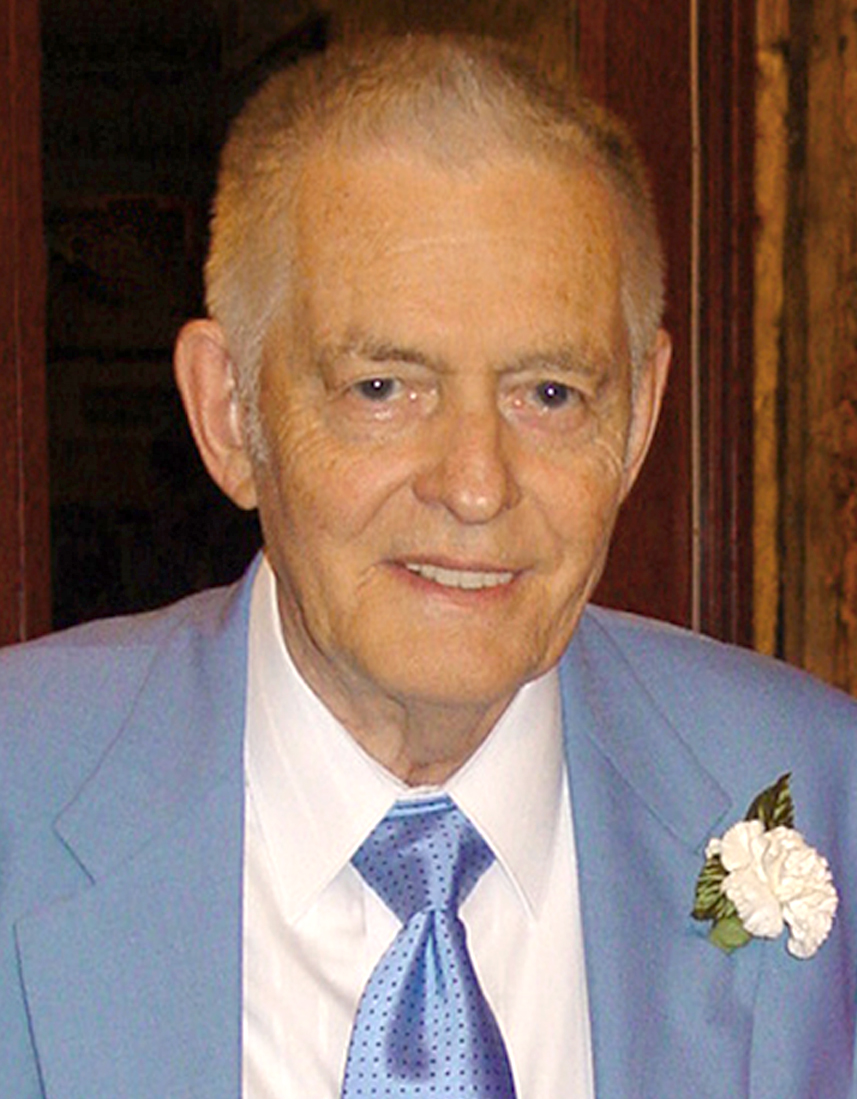 Scientist; Youth Advocate; Professor Emeritus
Age 97, died peacefully on May 10 after a brief illness. His robust life touched many thousands. Over a career spanning more than 50 years, there were thousands of students in his classes when he taught math, physics, and electronics at Duluth Denfeld, East, and UMD. Tens of thousands have skated at Fryberger and Peterson Ice Arenas in East and West Duluth where, as president of the Duluth Amateur Hockey Association, John was the driving force behind construction of those facilities. Thousands more kids have played ball on the John Ringsred and Frank Williams baseball fields on East Eighth Street. As president of the Duluth Central Little League in the 1960’s, John took charge of construction of the ball fields, from property acquisition, to surveying, to driving dump trucks with fill, and laying the sod.
John was born and raised on Duluth’s East Hillside. He was a longtime member at First Lutheran Church, where John’s family were founding members; father Arthur Ringsred was Head of Sunday Schools for many years, and mother Esther (Ness) was pianist and active in organizations such as the Women’s Christian Temperance Union in the days of Prohibition.
Dad will be remembered as a world-class geek/nerd, with his shirt chest pocket stuffed with multi-colored pens. He was a radio builder and ham operator as a teen. Ringsred Television sold the Setchell Carlson brand made in Minnesota, and was Duluth’s first TV repair shop. In those days, people called 24/7 for house calls when the family TV was on the fritz. In 1957 when Russia launched the world’s first space satellite, Sputnik, Dad was the astronomer called upon by local media to calculate when Sputnik would fly over Duluth, so we could all gaze with amazement at the little dot crossing the night sky. He built a crazy astronomical observatory on top of the family home on Grandview Avenue. Dad acquired one of Duluth’s first computers while teaching electronics at UMD, surplus from the Dept. of Defense, a monstrous thing that took up a whole side of the classroom. He had a top secret military clearance to enable him to repair missile defense equipment at the U.S. Strategic Air Command facility in Duluth. He invented things like his “Logi-Blocks” system for teaching digital electronics, and the “Ringsred magnetometer”, as we called it, manufactured and marketed by Duluth Scientific Inc.
Dad worked at the Morgan Park Steel Mill and Diamond Tool and Caulk. Later as a math and physics teacher at Duluth Denfeld where “Jolly John Ringsred Day” was celebrated with the whacky ties which were Dad’s trademark. We still have a box donated by the students. He ended his teaching career at UMD at the age of 75, professor emeritus, and former “Teacher of the Year”. Dad kept his door open to his students at all hours of the day and night. During this time he was President of the Central Little League for 8 years and Hockey Association for 10 years. Youth development was an ongoing way of life.
Dad survived his three wives, Mila (our mother), Pat, and Ann, all beloved by John and the Ringsred family. Ann was in some ways the first and the last. Dad met her while serving in the Army Air Corps in World War II and they were re-united and married 50 years later. Dad and Ann were passionate dancers to tunes of the “Big Bands” and the “Swing Bands” of their youth. Dad was a die-hard Republican to the very last, recognized personally by President Trump at his rally here in Duluth, and a reliable source of family political arguments that will be dearly missed.
John is survived by his 5 children of whom he adored and provided unwavering support: Dr. Eric Ringsred (Debbie) of Duluth, Dr. Karen Ringsred (Dr. Rick Manka) of Minneapolis, Leif Ringsred (Jan) of Duluth, Chris Ringsred (Sally) of Duluth and Ted Ringsred (Tanya) of Minneapolis, his grandchildren: Corbin, Miranda, Anna, Miles, Odin, Anders and Fox, and his two great-grandchildren: Anton and Clara.
Funeral Service will be at 11am, Wednesday, May 18, 2022 at First Lutheran Church, 1100 East Superior Street with a Visitation beginning at 10am. A Private Interment will follow at Park Hill Cemetery. In lieu of flowers, contributions in memory of John can be made to Duluth Little League. Arrangements by Dougherty Funeral Home 218-727-3555.
To order memorial trees or send flowers to the family in memory of John Ringsred, please visit our flower store.