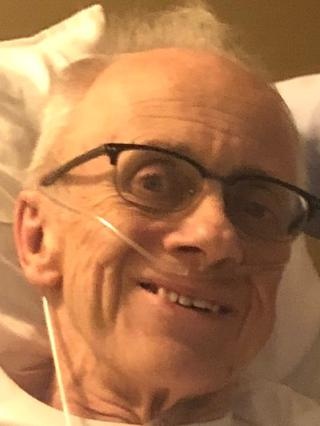 John Russell Jensen died on March 5, 2020 after a five year struggle against pulmonary fibrosis. He was born in Duluth on February 20, 1944, the first son of Betty Louise Dice and John Thovold Jensen. John’s sister Linda predeceased him. He is survived by brothers   Steve (Candace) of Minnetonka and Tom (Christine) of Wayzata, by nieces Jacki Robertson, Elizabeth Gorski, and Heidi Jensen, and by nephews Ryan Robertson, Christopher, Nicholas and Joseph Jensen.

John graduated from Hopkins High School in 1962 and then he matriculated to UMD from which he graduated with a Bachelor of Arts degree. Vietnam war U.S. Army service then intervened; he served in the Ninth Infantry Division there. John then returned to Duluth, joined the Minnesota National Guard, and started as a Duluth Public Schools history teacher in the 1970s. From there he worked in a variety of jobs in the Duluth area, all the while serving in the Guard till his retirement.

John was fortunate to have a special talent in nurturing relationships among his church, military, Pickwick, and other friends. His incisive mind, quick wit, ready sense of humor, and exceptional memory endeared him to his family and many friends. John was grateful for the great care he received at Viewcrest Health Center. He was an honest, humble, good, and caring man who will be deeply missed.

John spent the years 1947 to 1957 in southwest Minneapolis, due to his father’s job change. He viewed those years of his life as especially happy, and when visiting family he often wished to tour the area, remembering good times. This culminated in his desire to be buried at Lakewood Cemetery there. A funeral service celebrating John’s life will be held at his church home, Pilgrim Congregational Church, 2310 East 4th Street, Duluth, on Thursday, March 12, at 11:00 a.m. (Visitation at 10:00 a.m.) Please join us!

To send flowers to the family in memory of John Jensen, please visit our flower store.