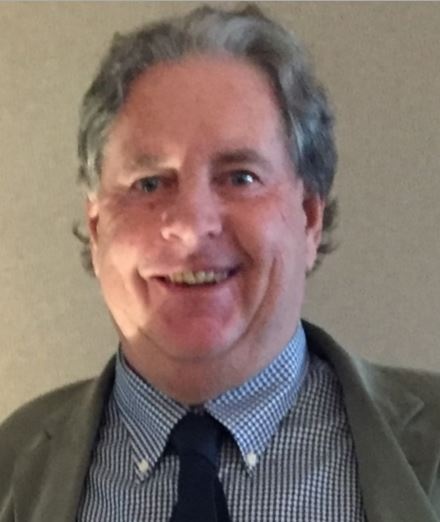 John Franklin Hall, 68, tragically died in an automobile accident near Randolph, Minnesota on July 4, 2019.  He was born on February 24, 1951, to Myles and Gloria Hall in Duluth, Minnesota, John was the eldest of four siblings.  During his formative years, John became an exceptional athlete.  While at East High School he earned 14 Varsity letters in golf, basketball, football, and baseball.  After graduating from East High, he spent a post graduate year at Lawrenceville School and then went on to Rollins College where he played on both their golf and basketball teams.  After earning his undergraduate degree, he continued to earn an MBA at Rollins as well.  As a young man, he played in The US Amateur and won both the prestigious Anderson Four Ball at Winged Foot, as well as the Northland Invitational in Duluth. His love of golf led him to a long and successful career as a club professional, esteemed teacher, and golf club owner.  He apprenticed at both Mayfield Country Club in Cleveland, Ohio and Medinah Country Club in Chicago.  He then matriculated to the Head Professional position at Maple Bluff Country Club in Madison, Wisconsin for an extended period.  While at Maple Bluff, he formed his unique teaching method which helped forge the foundation for Jerry Kelly’s success on the PGA and Senior tours.  After his tenure at Maple Bluff, John took a sabbatical from golf and became a commodities trader and keen Grateful Dead follower.  He attended over 300 of their concerts throughout the country and gathered together a wonderful band of lifelong friends, the core of which became “The Ship of Fools.”  They got together many times for golf outings and concerts on a regular basis.  John’s love of golf eventually brought him back to the game and he acquired the Westport Country Club overlooking Lake Champlain in New York.  For twelve years, one would find John running this club as a one-man band on a tractor cutting fairways in the early morning, checking-in players in the golf shop, giving lessons mid-day, and as evening approached behind the bar overseeing the 19thhole!  It was during this time that he married the love of his life, Lynn Edwards of Duluth.  John and Lynn loved operating their husband and wife golf enterprise and doted on their beloved King Charles Spaniels, Ben & Jerry.  They became stalwarts in the community of Westport, annually supporting many local charities.  John and Lynn’s desire to return to their roots led them back to the greater Duluth area four years ago.  John then returned to his love of teaching and could be seen at Nemadji Golf Course giving lessons to players of all abilities.  He particularly enjoyed working with junior golfers and was a driving force in starting the PGA Junior League in Duluth/Superior.  Most recently, he became the Director of Instruction at Northfield Golf Club in Northfield, Minnesota.  John will long be remembered as a fun-loving raconteur who collected friends wherever he went.  He valued these friendships greatly and was always there to lend a helping hand to those in need.  This great attribute will be his lasting legacy.

To send flowers to the family in memory of John Hall, please visit our flower store.