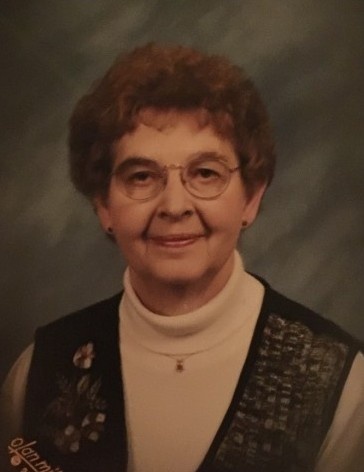 Joan Marie Tarnowski, age 83, of Duluth, died Wednesday, October 31, 2018 at the Benedictine Health Center.  She was born in Duluth December 3, 1934 to Vincent and Jennie (Jankowski) Lachecki.

Joan graduated at the top of her class at Cathedral High School then went on to work for Western Electric, Maurices, and the U.S. Post office. She did take a "little" break in between careers to raise 6 kids. Joan’s most recent hobby/passion was designing and creating quilts and meeting with her beloved Quilt Group. She participated in her local community by dispatching fire calls for both Gnesen and Rice Lake township, involved herself with the Gnesen Sr. Citizens Club, various cribbage clubs, she even shot pool on leagues with her daughters!  As the kids grew she enjoyed gardening, canning, camping, and fishing with them. In later years as the kids moved away she was able to travel many places with her sister both domestically and Internationally. She will be missed dearly by all who knew her.

Joan was preceded in death by her parents; her husband Ray in 1993; her daughter Judy in 2013; her brothers Gene and Chet; and her sister Renette.  Joan is survived by her children:  Tony (Lois) of Idaho, Beth Ann (Craig) Ahrens of Gnesen, Kathy (Russ) Buran of Gnesen, David (Mary) of Florida and Steve (Lisa) of Gnesen; ten grandchildren and one great-granddaughter.

To send flowers to the family in memory of Joan Tarnowski, please visit our flower store.