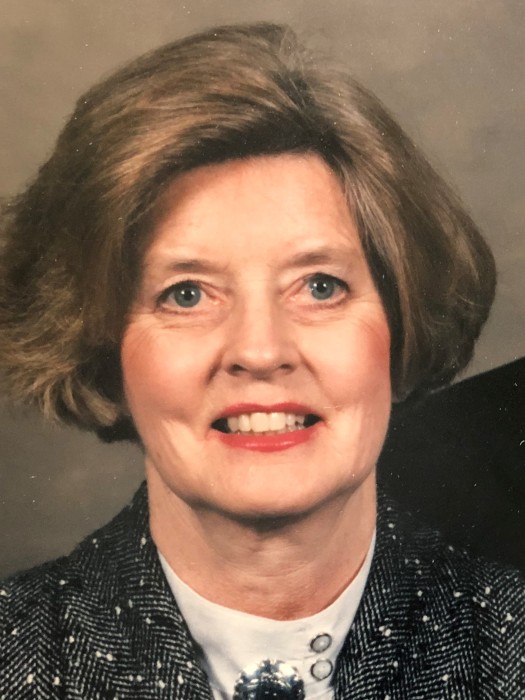 Joan Drannen Johnson was born in Duluth, Minnesota on April 26, 1930 to George and Mabel Drannen.  She passed away on January 4, 2020 at Primrose Retirement Community.  For the first five years of her life she lived in the Riverside neighborhood of Duluth.  In 1935 Mabel's parents needed help running their general store, Atkinson Mercantile, in Atkinson, MN, so along with older brothers Duncan and Robert, the family moved to the small town on Highway 61 south of Carlton, MN.  There Joan started school in the one room schoolhouse where her aptitude allowed her to skip two grades before she attended nearby Barnum High School.  While growing up, Joan spent idyllic summers at the family cabin on a tiny lake east of Gordon, WI, swimming and playing baseball with her brothers and their friends.

After graduation from high school at age 16, Joan's father brought her to Duluth and put her on a train to Evansville, IN where her mother's sister lived, and where she enrolled at Evansville College.  Joan missed home, however, and left Evansville after one year and enrolled at the University of Minnesota-Duluth, majoring in English and Music, and graduating in 1950.  It was there that she met her future husband, Morrie Johnson, a fellow student and U.S. Army Reservist.

Joan and Morrie were married on December 29, 1951 but not before Morrie had been called back to service during the Korean War.  They moved to an army base in Colorado Springs, CO, where Joan worked as a civilian secretary for an Army officer. After Morrie’s discharge and with a baby on the way, Joan and Morrie moved back to Duluth to the Morley Heights neighborhood.  When Stephen was born, Joan became a full-time mother.  In 1956 with some help from his father and contractor friends, Morrie built their house on Kenilworth Avenue, where she lived for the next sixty-three years.  After Terry was born, Stephen started kindergarten and Joan stayed home with Terry while Morrie worked in the Wolvin Building for the Oliver Mining Company.

Joan remained a stay-at-home mom until Stephen went away to college.  She re-entered the work force in sales at Wahl's Department Store in downtown Duluth. When  J.S. Meier Women’s Clothing opened a few years later, Joan, a stylish dresser, worked there for many years until the store closed.  Not wanting to fully retire, Joan continued to work as a volunteer at the Miller-Dwan Hospital Gift Shop until she was well into her 80's.

Joan was always very active outside the home and work.  She was a Cub Scout Den Mother and a volunteer in the Glen Avon Hockey Association and Eastern Little League.  In the early 70's she was a member of the UMD Hockey Blueline Club Auxiliary, including serving a term as its president.  In the 90's and beyond, she belonged to the Women's Auxiliary to the Duluth Superior Symphony Orchestra (WADSO).   Through her involvement at Miller-Dwan Hospital Gift Shop, she served a term as president of the Miller-Dwan Auxiliary and received the Jan Davis Volunteer of the Year Award for her service.  She enjoyed trips to the Twin Cities to see plays at the Guthrie and opera at the Ordway.  Joan was an active member of Glen Avon Presbyterian Church for over sixty years.  She also enjoyed travelling to Europe with Morrie and their friends.  Her favorite place was Scotland, the homeland of her father's family.

What mattered most to Joan was home and family. She took great pride in her yard and the gardens that she and Morrie cared for. She was a dog lover from childhood; over a span of fifty years she and Morrie had five golden retrievers, which she walked faithfully every morning.  She loved her grandchildren dearly and attended nearly all of their sports or dance events and graduations, and all of their weddings.  She was a “fun grandma.”

On birthdays and holidays, her family enjoyed her excellent cooking and baking.  Her beef stroganoff with wild rice and butter rolls was her specialty.

The family would like to thank Dr. Craig Gilbertson, and the staffs of St. Luke’s, Ecumen Fountains, Franciscan Health Center, Primrose Retirement Community and Essentia Hospice for their care of Joan.

To order memorial trees or send flowers to the family in memory of Joan Johnson, please visit our flower store.