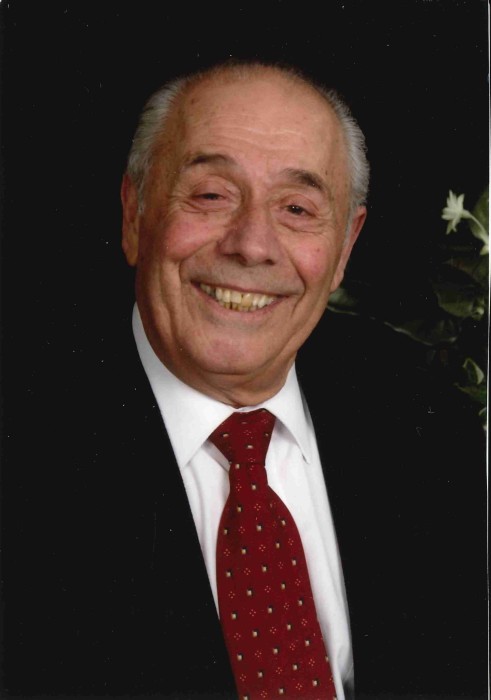 Jim was born March 5, 1938 in the small village of Alepohori, Greece, near Sparta.  At the age of 17, Jim immigrated to Adelaide, Australia where he worked painting cars.  After a few years he began working as a home painter.  He met his wife, Ellie, and they married in June 1960.  They lived in Australia for seven years and had two sons.

Jim & Ellie immigrated to Duluth in February 1967, where Jim worked for his brother John at the Coney Island on First Street.  Jim eventually started his own painting and wallpapering business and worked until he retired.  Jim & Ellie were dedicated members at Twelve Holy Apostles Greek Orthodox Church since moving to Duluth.

Jim was also a member of the Order of AHEPA.

Jim loved spending the better part of each summer at their family cabin on Lake Vermillion.  He would spend many hours fishing and doing all the odd jobs that go along with cabin ownership.  He truly loved spending time with his friends and having “papou-juice” on the deck in the afternoon watching the sun sparkle on the lake.

He also loved spending time at his hunting shack in the fall.  The first day of deer hunting season was always marked on his calendar.  Everyone in the family knew not to schedule any other events on fishing opener or deer hunting opener as there was only one place he would be on either day – the lake or the shack.

Jim was proceeded in death by his parents Lykourgos & Ekatarini Regas and his brother John Regas.

He is survived by his wonderful wife of 59 years, Ellie, his sons Lee (Terrie) and Steven (Kristin) and his five grandsons Nathanael, Demetrius, Stylianos, Evangelo and Isaak – all of whom he loved so very much.  He is also survived by his brother Peter (Anna) Regas, sister-in-law Hrisoula Regas and many nieces, nephews and cousins.

Visitation will be held on Friday, March 13, from 4-7:00pm with a Trisagion prayer service at 7:00pm at Dougherty Funeral Home.  The Funeral Service will be held on Saturday, March 14, at 11:00am at Twelve Holy Apostles Greek Orthodox Church 632 E. 2 nd St. Duluth, MN..

Memorials are preferred and may be directed to Twelve Holy Apostles Church.

He will be missed by those that knew and loved him.  May his memory be eternal.

To send flowers to the family in memory of Jim (Demetrios) Regas, please visit our flower store.