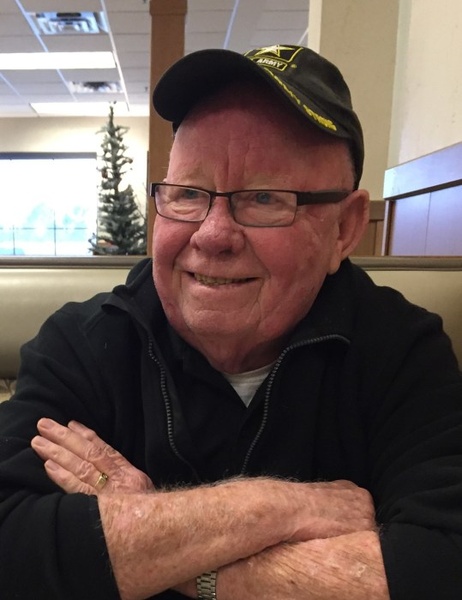 Jerry Leonard died on Sunday, January 13, 2019 of complications brought on by Alzheimer's disease. He was born in Duluth Minnesota on February 15, 1937, the oldest of seven children born to Dell and Kathryn Leonard.  Jerry attended St. Anthony's School, Duluth Cathedral High School and received his B.S. degree from St. John's University in 1959.   Following graduation, he was commissioned in the U.S. Army and served on active duty for 2-1/2 years.  On returning to Duluth he spent another 20 years in the Army Reserve ultimately becoming the Commander of the Engineering Company located on Park Point and ending his military career as a Major at Battalion Headquarters at Fort Snelling.  From 1962 to 1996, Jerry was employed by the State Farm Insurance Company in Duluth as an Insurance Adjuster.

Jerry was loyal to his Catholic faith and devoted to his family.  He loved golfing and bowling, spending time at his cabin, playing cards, and enjoying a good meal with family and friends. We are grateful to his special friends who continued to include him even as his memory loss progressed.  We are also grateful to the many wonderful health care workers who were very kind to him in his final months.

To send flowers to the family in memory of Jerome Leonard, please visit our flower store.