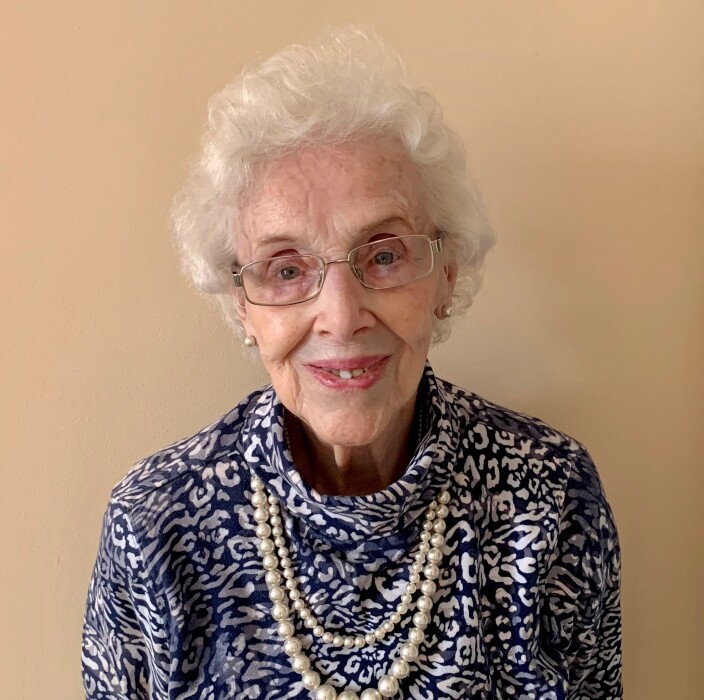 Jeanne Hudson Sampson died on Mother’s Day May 10, 2020.  Jeanne was born in Duluth on July 5, 1926 to Dallas and Clara Cornelison.  Jeanne graduated from Denfeld High School in 1944.  She worked at KDAL Radio where she met Rex Hudson.  They married in 1949.  A longtime resident of Park Point, Jeanne was active in Our Lady of Mercy Parish, Park Point Community Club, PTA and the Park Point Garden Club.  Jeanne kept beautiful gardens, was a lover of books and in her later years found joy in card making.  Jeanne’s Catholic faith sustained her throughout her life.  In 1994 she became an Oblate of Saint Benedict at St. Scholastica Priory.  Jeanne is survived by three daughters, Pamela England (Everett) of Moose Jaw, Sask, Canada, Patty Sampson (Joe) of Duluth and Carolyn Kranz (Brian) of Eau Claire, WI.  She has seven grandchildren and five great-grandchildren.  The family would like to give a special thank you to The Benedictine Health Community and Westwood Assisted Living for the compassionate care that Jeanne enjoyed in her final years.  If so desired, memorials may be directed to St. Scholastica Monastery, 1001 Kenwood Avenue, Duluth, MN. 55811.  Private services were held.  Arrangements by Dougherty Funeral Home, Duluth, 218-727-3555.

To send flowers to the family in memory of Jeanne Sampson, please visit our flower store.