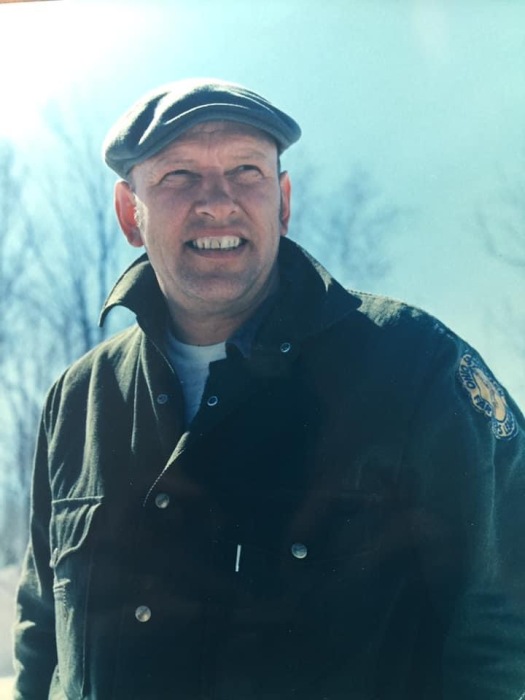 There will be a semi peaceful protest for James Francis Hady, aka Big Jimmy, Dad, Papa, who went to be with our Lord on September 26, 2020. To most who knew him, he was larger than life. A big man in every sense of the word. Before he became a father, Grandfather, & great Grandfather big Jimmy played high school football, college football and played in the little college Rose Bowl in Pasadena. He later became a professional boxer, professional wrestler, and even a little professional baseball in the Mexican league. That was where he learned to hate spicy foods.

Jimmy was first employed by the DM&IR as a brakeman, got laid off & got a job with the United Transportation Union, moved to Cleveland Ohio & met his Wonder Woman Shirley.  Jim and Shirley returned to Hermantown in 1967 to work for DMIR as an Conductor until his retirement.  Jim was a famous gun maker, wood craftsman, and later an engraver. Noted for making a matching set of shotguns for Roy Rogers & Dale Evens. Always an avid outdoorsman, hunter, fisherman, and dog trainer. He was a big promoter of Hermantown hockey, and was one of the men involved in getting Hermantown its first indoor rink. Last, but not least the neighborhood barber.

He was preceded in death by his parents, Frank and Nell and his wife, Shirley.

Jim is survived by his sons, Jeff (Renee) Hady and their children, Alissa (Mitch) Petcoff, Kaelen and Connor (Vanessa) Hady and Michael (Karin) Hady and their sons; Mathias, Mark (Delaney) and  Jonah Hady and great grandchildren, Brady and Brennan Petcoff.

To order memorial trees or send flowers to the family in memory of James "Big Jim" Hady, please visit our flower store.