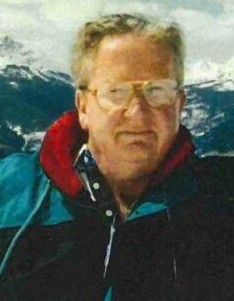 James Supple Conroy was born in Duluth on September 21, 1934 and died at St. Luke’s Hospital on Thursday, March 3, 2022 at the age of 87. Jim was the only child of George C. and Mary Elizabeth (Dolly) McKeever Conroy.  Jim’s father was administrator, controller of Nopeming Sanatorium.  Dolly was George’s secretary.  They were married fifteen years before Jim was born.  Jim graduated from Cathedral High School in 1952.  He graduated from UMD in 1956 and accepted a job in Chicago with Bell Telephone.  He was later transferred to Denver, CO.  He fell in love with the mountains and purchased condos in Vail, Colorado with a few friends.  He loved to ski and travel the world.  Jim retired at the age of fifty and moved back to Duluth.  He took excellent care of his mother.  Jim met Kathleen Pajari while she was working at the Benedictine Health Center.  They became lifelong companions.  He is preceded in death by his mother, father,  many relatives and friends.  He is survived by Kathleen, many cousins and friends.  The Mass of Christian Burial was held on Thursday, March 10th at St. Michael’s Catholic Church.  Arrangements by Dougherty Funeral Home, Duluth, 218-727-3555

To order memorial trees or send flowers to the family in memory of James Conroy, please visit our flower store.