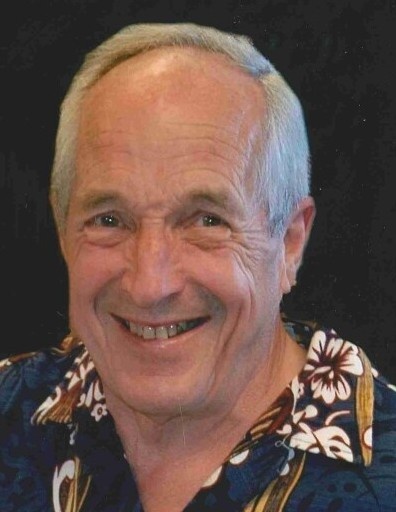 James Alois Segel, 87, of Duluth MN peacefully went to his Lord on April 2, 2022 in Duluth MN with his daughter and son-in-law at his side.

Jim was born in Duluth MN to George Segel and Martha Grimm Segel on July 13, 1934. He graduated from Duluth Central High School in 1952. After meeting at a piano bar, Jim married the love of his life, Joan Segel, on October 19th, 1968 at Our Lady of Mercy on Park Point.

He spent much of his working life delivering the necessities of life to people. Early on he delivered milk and then was employed by Zinsmaster Baking Company /Master Bread where he worked for many years.

Jim was known for being a man of few words, but when he did speak, it was with strength and kindness. His true passion was woodworking, and his talents can be found in many homes, bars, and churches. While stationed in Germany with the Army, Jim even built office furniture for the Generals. Jim had an eye for design and there was nothing that he couldn’t make.

It was through this love of service that he became an usher at St. Lawrence Church where he was a member for over 50 years. He was also a 4th degree member of Knights of Columbus.

Jim had a special relationship with his daughter’s dog, Murray, who he would walk every day and visit Piedmont Elementary School to greet the kids. This daily event landed both Murray and Jim on the local news!

Jim is preceded in death by his wife, Joan {Marjorie) Segel, his parents, George and Martha Segel and his sisters Barbara Bonder and Ellamae Novotny.

Jim is survived by his daughter, Ann- Marie Stojevich {Daniel) and his brothers Tom Segel, Richard Segel, and several nieces and nephews.

The family would like to send a special thank you to St. Luke’s Hospital and in particular, Dr. David Arvold, Dr. Gene Hahn, Dr. Charles Wolf and Brit.

Rosary recitation at 9:30am, Friday, April 22, 2022 followed by a visitation from 10-11 AM. The Mass of Christian Burial is scheduled following the visitation at 11:00am at St. Lawrence Catholic Church.  Memorials can be sent to St. Lawrence Church.  Arrangements by Dougherty Funeral Home, Duluth, 218-727-3555.

To send flowers to the family in memory of James Segel, please visit our flower store.