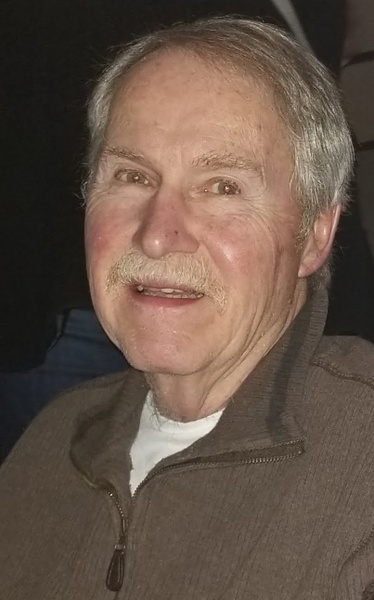 James “Jim” Herman, age 75, passed away peacefully on July 30th, 2022 at Marywood Memory Care in Duluth, Minnesota. Jim was born in International Falls, Minnesota and graduated from Falls High School in 1964. He attended Bemidji State University. He joined the Air Force in 1967 and was deployed to Thailand during the Vietnam War. He met the love of his life, Shirley, while stationed at the Hill Air Force Base in Ogden, Utah. He married her on March 6th, 1971 and moved to International Falls, Minnesota. They went on to have three children, Amy (Chad) Eichers, Jeff (Jacinta) Herman, and Kristi (Lars) Herman Hill. He was a very involved father and never missed a concert or game to support his kids.

He trained to become an electrician at Boise Cascade in International Falls and was a lifelong master electrician, known as the guy who could fix anything. In 1987, he was hired on the start-up team at Lake Superior Paper Industries and moved the family to Duluth. After retiring in 2009, he became involved in several volunteer activities around Duluth. Jim was a passionate Democrat and spent countless hours volunteering with the DFL and Veterans for Peace. He also served on the Building and Appeals Board for the City of Duluth and the board of the Citizens Federation. Jim was most proud of his five years volunteering his electrician skills to help build the Bentleyville “Tour of Lights” when it moved to Bayfront in Duluth.

Jim’s greatest joy in life was his grandchildren. He was a devoted and proud Papa to Clara and Eleanor Eichers, Sofia, Emily, and Joe Herman, and James Hill. His happy place was the family cabin. He loved spending summers swimming, fishing, and playing bocce ball with his grandkids during the day and playing cards with his kids into the night.

Celebration of life will take place at Dougherty Funeral Home at 600 E. 2nd Street, Duluth, MN from 5-8 pm on Friday, August 26th. Time of remembrance will begin at 5:30 pm.

The Herman Family would like to thank the staff at the Benedictine Health Center for their wonderful care. In lieu of flowers, please send memorial donations to the Union Gospel Mission in Duluth.

To send flowers to the family in memory of Jim Herman, please visit our flower store.