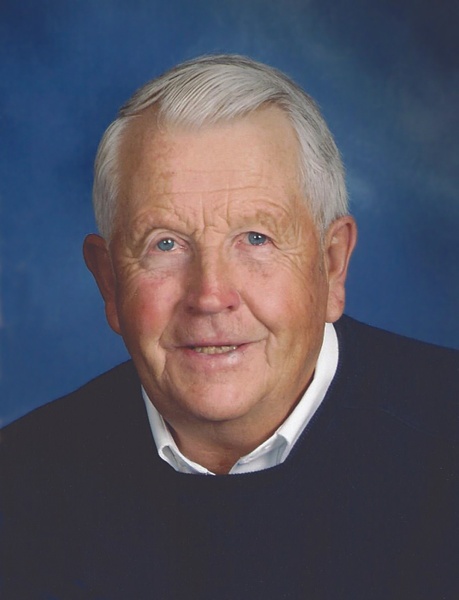 James Walter Greenfield, 87 of Duluth, died Sunday, July 25, from complications stemming from eight years of prostate cancer.  He was born May 9, 1934, in San Jose, California, to Charles H. and Thayne Greenfield. When Jim was 2 the family moved to Duluth, where he attended Kenwood Elementary, Washington Junior and Central High School (Class of 1952), where he was named to the all-city football team.  He worked fulltime for what is now the 148th Fighter Wing for 37 years, including two tours in Germany. He retired in 1989 as Chief Master Sergeant, the highest enlisted level of leadership in the Air Force. He was and remained until his death a proud and patriotic military member.

Jim was a member of Palestine Lodge #79 and was raised as a Master Mason in 1967. He was also a member of the Duluth Valley of Scottish Rite, where he reached the 32nd Degree in 1973.  Also in 1973, Jim joined the AAD Shrine, where he was a member of the Director’s Staff and Lake Superior Clowns. As Jimbo the Clown for 37 years, he brought joy to thousands of kids during the annual Shrine Circus and along parade routes.  He was a lifelong member of Kenwood Lutheran Church and volunteered for more than 40 years with Grandma’s Marathon, mostly driving media representatives down the course on race day. He was also a longtime member of the Duluth Curling Club and the Lake Avenue Loafers. He enjoyed summers at the Island Lake cabin he purchased in 1962 and winters in Panama City Beach, Florida, where he and his wife Elaine spent at least a month a year for more than 20 years.

Jim was a military man, a handyman and, most of all, a family man. He never missed a performance, sporting activity or other event when it came to his kids and grandkids.

Jim was preceded in death by his parents and his brother-in-law, Roy Skarbakka of Moose Lake, Minnesota. He is survived by his wife of 64 years, Elaine (Skarbakka); daughter Linda (John) Spencer, and grandsons Steven and Jacob Spencer, all of Hermantown; son Steve Greenfield (Brenda Randolph) of Duluth; Brenda’s daughters, Katie Randolph and Shannan Puchalla, and their five children; sister-in-law Vivian Skarbakka of Hermantown; and nieces and nephew Diane Stroing, Donna Hansen and Glen Skarbakka, and their families.

The family thanks Dr. Daniel Nikcevich for his expertise and friendship during Jim’s years of cancer treatments, and also thanks Kenwood Lutheran Pastor Jeff Holter as well as the other doctors, nurses and Chaplain Bob at Essentia for their compassion during Jim’s final week.

Memorials may be made to Kenwood Lutheran Church.  Burial will be in Forest Hill Cemetery.   Arrangements by Dougherty Funeral Home.  218-727-3555.

To send flowers to the family in memory of James Greenfield, please visit our flower store.