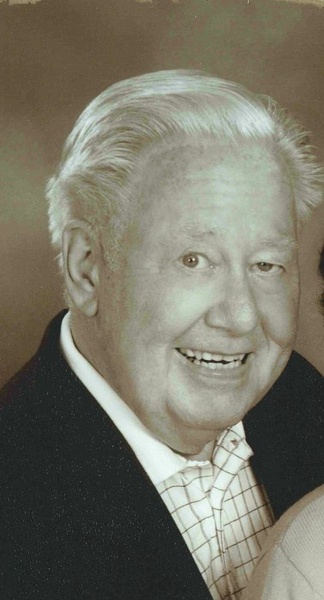 James Allen Claus, 84, a lifelong resident of Duluth Heights, passed away on Friday, October 12, 2018 at Essentia Health-St. Mary’s Medical Center.  Jim was born on October 31, 1933 in Duluth to Walter and Josephine “Tootsie” (Davidson) Claus.  He was a proud graduate of Duluth Central High School, class of 1951.  Jim enlisted in the Duluth Air National Guard during his senior year of high school and attended the University of Minnesota-Duluth.  Jim received his barber license in St. Paul, Minn. which resulted in a 45-year career barbering at the Duluth Heights Barber Shop, retiring in 2000.  Jim was known for his quick wit and “Barber” jokes and having many loyal customers throughout the years.  Jim and Sue enjoyed many enjoyable days at the cabin on Island Lake and traveling around the country.  Jim was a member of Holy Cross Lutheran Church in Duluth Heights and  past president of the Duluth Barbers Union, a member of the West Duluth American Legion and a former member of the Arrowhead Deer Hunters Club.  Jim was preceded in death by his parents.  Jim is survived by his loving wife of 58 years, Susan; his children Scott (Chris), Tracey (Rob) Brunner and Timothy; brother Dale; loving grandchildren Natalie, Zachary (Asha), Andrea and Evan; step-grandchildren Aaron (Brie) and Kolby; and seven great-grandchildren; many nieces and nephews, and friends.  Jim’s family would like to thank Essentia Health Center for the exceptional care Jim received.  VISITATION:  Tuesday, October 16th. from 5–7 PM at Dougherty Funeral Home.  Visitation will continue on Wednesday, October 17th from 10 AM until the 11 AM funeral service at Holy Cross Lutheran Church.  Burial will be at Sunrise Memorial Park, Hermantown.  Arrangements by Dougherty Funeral Home, Duluth, 218-727-3555.

To send flowers to the family in memory of James Claus, please visit our flower store.