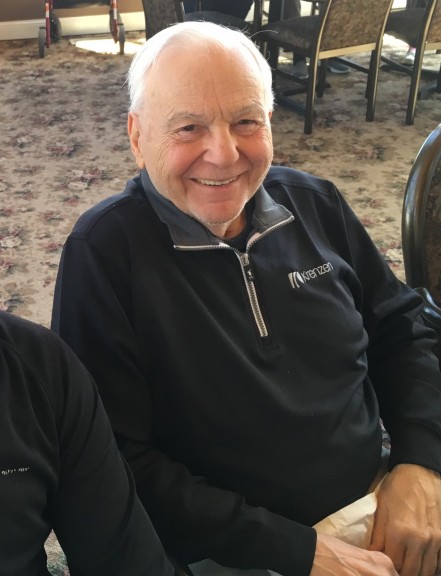 Jack took much pride in growing up on Minneapolis’ “old North Side," and many of his lifelong friends were the same people he knew from down the block. Jack excelled in football, baseball, and boxing throughout high school, graduating in 1949 from North High, and then went on to serve in the US Army as an MP for two years. Jack married his wife Marilyn shortly thereafter and took his first job in the auto industry as a salesperson. His career continued to grow, and in 1971, Jack purchased the former Duluth Motors and renamed it Krenzen Cadillac Pontiac. In the years that followed, the Honda, Nissan, Lincoln, and Budget Rent A Car franchises were added, creating what is now the Krenzen Auto Mall.

Jack was nationally recognized as an industry leader and expert on family business succession. His family-owned dealership is the only one in the country to have received three prestigious national awards - The Honda President’s Award, the Good Housekeeping Automotive Excellence Award, and the Time Magazine Quality Dealer of the Year Award, of which there were over 2000 nominees. Jack served as Time Magazine and the National Automobile Dealers’ Association official spokesperson at numerous seminars, conferences, and college campuses. His visionary strategies were featured in the New York Times, Fortune Magazine, and Automotive Executive Magazine.

Jack was deeply involved in the local community, having served as a board member for the Duluth Convention and Visitors Bureau, Duluth Area Chamber of Commerce, the Duluth Automobile Dealers Association, and was past president of the Duluth chapter of the American Cancer Society. In honor of his lifelong friend and coworker Bernie Bernstein, as well as his love for jazz music, Jack provided the initial endowment for the UMD E. Bernstein Music Scholarship fund. Jack was appointed to the Northeast Minnesota Dare Program board of directors and volunteered the use of vehicles over the years to assist DARE. After his retirement in 1991, Jack spent much of his time in Palm Springs, where he mentored fatherless young men, tutored young readers, and volunteered as a tennis coach for elementary age children.
Jack’s favorite place was the cabin on Pelican Lake, where everyone was treated to “Grandpa Jack’s homemade ice cream” and turkey cooked on his favorite big blue gas grill.

Jack was preceded in death by his wife Marilyn, and is survived by his sons, Steve of Sonoma, California, Howie (Lynn) of Duluth, Scott (Kelly) of Duluth, and grandchildren Louie (Miki) Krenzen, Lyndsey (Jake) Manning, Mary, Lane, and Nolan Krenzen; great grandchildren,  Harper and Easton Krenzen , Macy, and Piper Manning.

A celebration of Jack’s life will be 11am Tuesday, Dec. 21, 2021, at Temple Israel, 1602 E 2nd St. Duluth, MN. Proof of vaccination is required for anyone over twelve OR a negative covid test no longer than 72 hours prior to service.

To send flowers to the family in memory of Jack Krenzen, please visit our flower store.