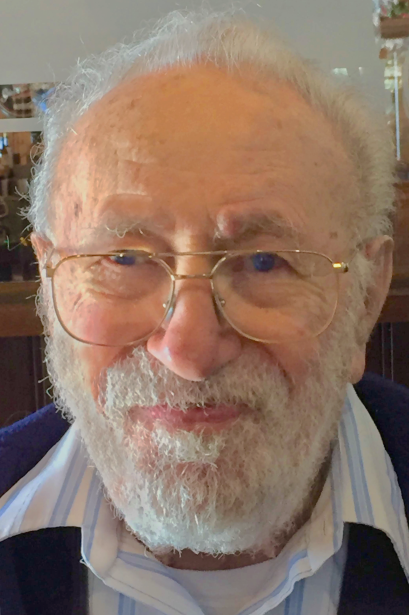 Isaac Arnaldo Napadensky (Cahanovich), age 92, was born in General Belgrano, Argentina on January 25, 1927 and died in Grand Marais, Minnesota on April 16, 2019.  Many who knew Arnaldo, Arnold or Arnie have heard stories about his childhood in South America. Arnaldo never actually lived in Argentina; he was born while his parents were visiting relatives near Buenos Aires. His family lived in Brazil and Venezuela but left in the mid-1930s to bring Arnaldo’s grandparents from Romania to South America. They never made it to Romania as they were stranded in Spain for a year due to political turmoil that led to the Spanish Civil War. The family finally evacuated on a ship from the Canary Islands bound for his mother’s home country of Brazil. His family lived in Taubaté, a small town in the state of São Paulo, Brazil before moving to his fathers’ adopted home of Caracas, Venezuela. Arnaldo’s family spoke Spanish, Portuguese and Yiddish at home; at school he learned Italian, French, English and Latin.

Arnold came to the US after political unrest closed the universities in Venezuela. He studied engineering at Purdue University and the Illinois Institute of Technology. Arnold met his wife Hyla in Chicago, married her in Caracas in 1956 and together raised their daughters in Chicago and Evanston, Illinois.  He worked as a land surveyor and also as a construction inspector for steel mills built in Indiana and many skyscrapers and expressways built in Chicago.  On July 4, 1976, Arnold was one of 1776 people who became a US citizen at Soldier Field in Chicago.

In 1994, Arnie and Hyla retired to their home on Lake Superior in Grand Marais, Minnesota where he loved talking with friends and family, including Lois Eyinck, the best neighbor ever. He enjoyed eating oranges, sardine sandwiches and other foods with much gusto, reading books, completing word puzzles, finding typos in books, magazines and newspapers, oil painting on driftwood and rocks, sketching with colored pencils, and reading with fourth grade students. In recent years, Arnie’s life also included Friday breakfasts with son-in-law Bob Shannon, weekly walks with Care Partners friends Mary and Lynn and summertime walks with Greg.

A memorial gathering and open house is planned at the Johnson Heritage Post, 115 West Wisconsin Street in Grand Marais, Minnesota from 5:00 to 8:00 p.m. on Sunday, June 16, 2019.  In lieu of flowers, memorials are preferred to Care Partners of Cook County, Cook County Human Services In-Home-Support Program or WTIP North Shore Community Radio, all in Grand Marais, Minnesota.

To order memorial trees or send flowers to the family in memory of Isaac Napadensky, please visit our flower store.