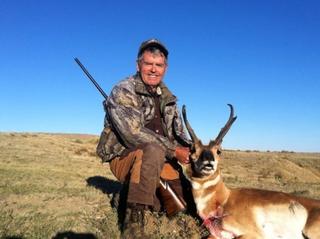 Irving “Butch” Curran passed away peacefully October 31st at Beehive homes as a result of dementia. Butch was born June 18, 1938, from parents Patrick and Dorothy Curran.

Butch grew up skating and playing hockey at the Fryberger rink and then on to Glen Avon where he was part of the 1952 peewee national championship team. He then played for Duluth East, UMD, and the Duluth Hornets.  After his playing days he became passionate about hunting and fishing. He took many trips to Canada to hunt ducks and geese. He also spent many years fishing with friends at his beloved cabin on Crow Lake, at Nester Falls, Ontario. One of his fondest memories was traveling to Africa for a big game hunt. He always enjoyed sharing his harvest, serving many wild game feeds and fish dinners. Butch also enjoyed downhill skiing, snowmobiling, playing tennis at “the indoor” and chopping wood to heat his home and the sauna, that he loved so much.    Butch was a local businessman that owned Lake City Jeep, Lake City Towing and the Warehouse bar, all located in the once industrious Canal Park.  He was also a member of Duluth Rotary Club, Safari Club International, United Northern Sportsman and the Northwestern Gun Club.

He is survived by his children Marc (Gwyn) Curran, Alison Hull and Sheila (Noel) Hill.  His grandchildren Jude, Jayde and Crosby Hull, Sarah and Stephanie Curran, and Reid and Meredith Hill. Also, a sister Patty (Hal) Branson and a brother Bobby (Annette) Curran.

We would like to thank Beehive Homes and Kindred Hospice for the wonderful loving care, that they gave to Butch.

The visitation for Butch will be at Dougherty Funeral Home, Friday, November 12th from 4-5:00 with a service to follow. There will be a celebration of Butch’s life at the Incline Station immediately following the service. Please bring all of your memories of Butch to share with one another.

To send flowers to the family in memory of Irving Curran, please visit our flower store.