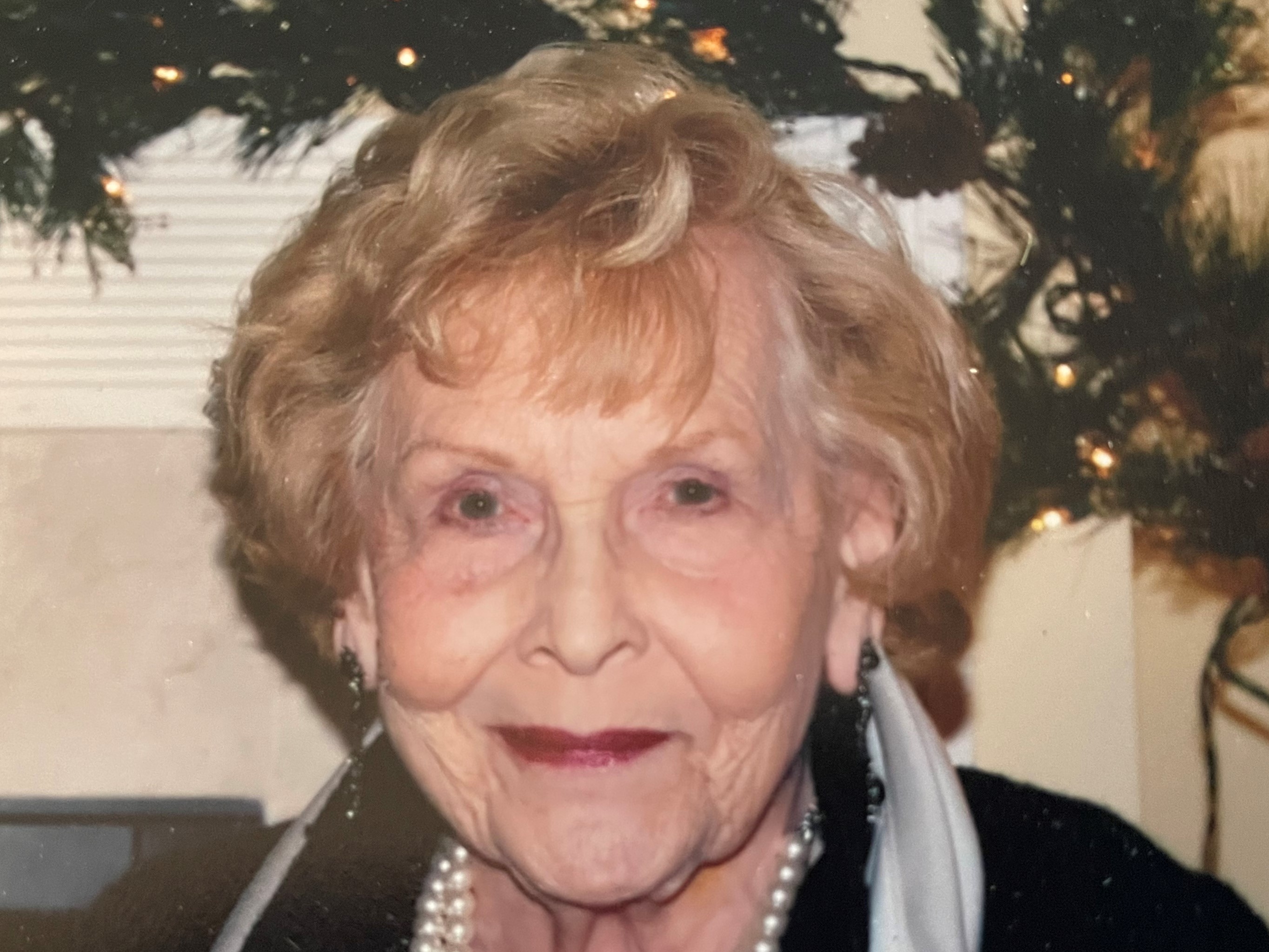 Irene Elenore (Berglund) Klenow, 97, died on June 9th, in memory care at Touchmark at Harwood Groves in Fargo, North Dakota.  She was born on December 7, 1924, in Duluth, Minnesota to Elna (Johnson) and Herman Berglund.  She graduated from Duluth Denfeld High School in 1942.  In 1947 she married her high school sweetheart, Vernon Klenow. They made their home on Skyline Parkway in Duluth and later at Schultz Lake.

Upon graduation Irene worked for the US Navy driving a bus for wounded and ill WW II soldiers from the Embarcadero in San Francisco to the Naval Hospital there.  She also worked in the state of Washington during the war making doors for bombers.  After the war she worked in Duluth for Yoho Photo, City of Duluth Water and Gas Company, and was an Executive Secretary in Psychiatry at the Duluth Clinic before retiring.  She was an active member of St. Lawrence Catholic Church, Y-Wives, and the Swedish Cultural Society.  She and Vern hosted several officials from Duluth’s sister city Vaxjo, Sweden. She was very creative and enjoyed photography, painting and sewing. She had some of her photographs published in the Duluth Herald and News Tribune.

Irene is survived by her daughter Dr. Cheryl Klenow, of The Villages, Florida; son Daniel (Anne) Klenow, of Fargo, North Dakota, two grandchildren, Thomas Klenow, of Boulder, Colorado and Nicholas Klenow of San Francisco, California, a sister Lillian Zeleznikar and a brother William (Beverly) Berglund both of Duluth, as well as many nieces and nephews. She was preceded in death by her husband, Vernon, her parents, Herman and Elna Berglund, her sister, Helen Garthus, brothers Clarence Berglund, Bernard Berglund, and Laurence Berglund.  Her family would like to extend special thanks to the staff in the Touchmark’s memory care unit as well as the team from Hospice of the Red River Valley. Your gentle care and guidance were tremendously appreciated.

To send flowers to the family in memory of Irene Elenore (Berglund) Klenow, please visit our flower store.