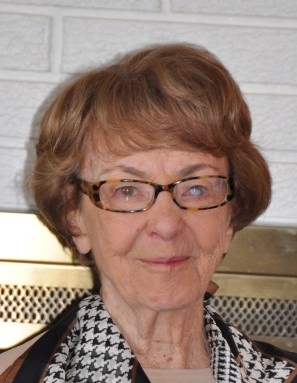 Hommey L. Kanter (96) died Wednesday, June 19, 2019 in Duluth.    Born Dec. 19, 1922, in Sioux City, Iowa, to Bessie and John Abraham, she graduated from high school in Mapleton, Iowa, received an AA degree from George Washington University, a bachelor’s degree in psychology and a masters in educational psychology from the University of Minnesota.  She began work in the University of Minnesota-Duluth Counseling Office in 1965.  A licensed psychologist, she was appointed by Governor Rudy Perpich to the Minnesota Board of Psychology (1987-91).   She also was certified by the National Board for Certified Counselors and the National Vocational Guidance Association.  At the time of her retirement in 1988 she was director of the UMD Counseling, Career Development and Placement Office.

But she began her working life in Washington, D.C. in the 1940s.  Two days after taking the selective service examination at age 19 and three days after Pearl Harbor, she was summoned to Washington.   She held a few positions during the war, including memorable time as secretary for Iowa Senator Guy M. Gillette, a fiscally conservative Democrat who sponsored the Equal Rights Amendment.  After six insider years watching government in action, she returned to the University of Minnesota-Minneapolis to complete her degree.  In 1948, she married Duluth native Robert Kanter, O.D.

A first-generation American, her life was shaped by her early years in Mapleton and by her parents who imparted the values of hard work; a strong sense of  community and the greater good; honesty; integrity in all that you do; faith; the blessings, opportunities  and responsibilities of life in their new country; and most of all family.   She was a great partner and mom; a loyal friend; a lifelong learner and active citizen; and a fully engaged participant in life. She loved Duluth, UMD and especially Lake Superior.  Her life was filled with challenging work, a loving family, and circles of friends of all ages.

Her primary volunteer interests were League of Women Voters where she served as a board member for many years, including two terms as president and was honored to be a Life Member.  She also volunteered at the Women’s Health Center, chaired its advisory committee for two terms and was a long-time fundraiser for the center and the Building for Women. Other volunteer work centered on human rights:  Women’s Advisory Committee to State Commissioner of Human Rights, Duluth Intercultural and Nonsexist Advisory Committee, Duluth Human Rights Committee, and Advisory Committee to Northwood Children’s Treatment Center.

She was a member of Temple Israel, loved movies and theater, reading, walking, golf, knitting, refinishing furniture and, in retirement, auditing courses at UMD, learning to play bridge and participating in University for Seniors.

To send flowers to the family in memory of Hommey Kanter, please visit our flower store.