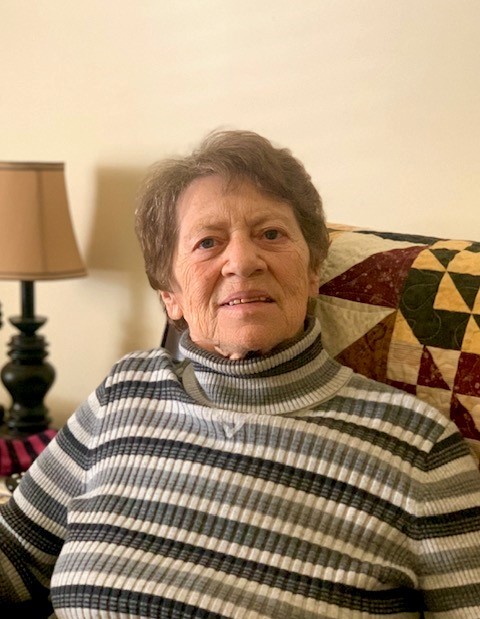 Helen Marie Muhvic, 76, of Duluth died peacefully Thursday, April 7, 2022 at Miller-Dwan Hospital in Duluth with family by her side.  She had been living with dementia for 5 years yet continued to face each day with optimism and grace.

Helen was born May 4, 1945 in Cloquet, MN to Lewis and Edna Nelson.  The youngest of five children, her family called her “Dolly”.  She grew up on a small farm in Mahtowa, MN and graduated from Barnum High School in 1963.  She then moved to the big city of Duluth to attend the University of Minnesota-Duluth where she earned a bachelor’s degree in Sociology in 1967.  During her time at UMD, she met Thomas Muhvic, and the two were married on September 7, 1968.  Together they raised two daughters.  Helen worked most of her entire career in administration at St. Luke’s Hospital in Duluth and in 2004, after 26 years, she retired.  In retirement, she took up writing, recollecting memories from her youth as well as writing from the perspective of her own mother.  Time was also spent volunteering at a local charity, CHUM, where she stocked the pantry and distributed food to those in need.  With her husband Tom she enjoyed many years spent at the family cabin, watching her beloved Twins (among many other Minnesota sports teams) and Jeopardy!, and spending time with her grandchildren.  She was often heard whistling, humming, or singing along to her kitchen radio, typically playing Neil Diamond.  She was known to many for her kind and patient demeanor; she had an infectious giggle, a warm smile, and a big heart.  Helen was a genuine friend to all.

She is survived by her daughters, Sarah Muhvic of Eagan, MN and Anne (Shawn) Marquardt of Salt Lake City, UT; three grandchildren: Braden Muhvic, and Greta and Otis Marquardt; her brothers, Donald Nelson of Minneapolis and Philip (Sharon) Nelson of Cambridge, MN; and many nieces and nephews.

Her daughters would like to express their gratitude to Essentia staff, to Benedictine Health Center and Westwood Terrace for their care and compassion during the past year, and to Ms. Lois Muhvic for her unwavering love, support and friendship, coffees, luncheons, and laughs.

To order memorial trees or send flowers to the family in memory of Helen "Dolly" Muhvic, please visit our flower store.