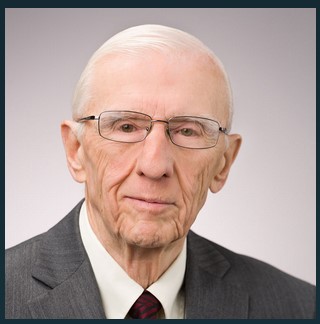 Gilbert Woodward Harries (Gil), age 88 years, of Duluth, Minnesota, died peacefully Friday, January 1, 2021 at St. Luke’s Hospital, Duluth, as a result of complications from surgery.  Gil was born on January 15, 1932 to Donald Dunbar Harries and Charlotte Michaud Harries in Duluth, where he grew up with his brothers, Donald and David.   He attended Stanford University and also the University of Minnesota where he received his Bachelor of Science (B.S.), Bachelor of Laws (LL.B) and his Juris Doctorate (J.D.).  In 1954, Gil married Beverly Ann Juten with whom he had four children.  In 1993, Gil married Jean Baldwin Livingston whom he had first met in orchestra at East Junior High School.

Gil is preceded in death by his parents and brothers, and by his wife Jean. Gil is survived by his children, Thomas (Diannah Robertson) Harries of Bloomington, MN, Elizabeth (Ken) Harries Maeshima of Duluth, James Harries of Encinitas, CA, and Katherine Harries Muellner of Rochester, MN, and also by his two grandchildren, Miriam Harries of Pittsburg, PA, and Ian Maeshima of Duluth.

Gil was an avid outdoorsman and enjoyed many hobbies including hunting, skiing, canoeing, sailing, and hiking with his dogs.  He loved to spend time at his lake homes with his family when he was not travelling the world from Japan to Europe.  Gilbert was a loving husband and father, mentor, and lifelong friend.   He will be greatly missed.

A memorial service will be planned for later in the year, circumstances permitting.  Remembrances and requests for information should be directed to Dougherty Funeral Home,  600 East Second Street, Duluth, MN 55805, 218-727-3555.

To order memorial trees or send flowers to the family in memory of Gilbert Harries, please visit our flower store.