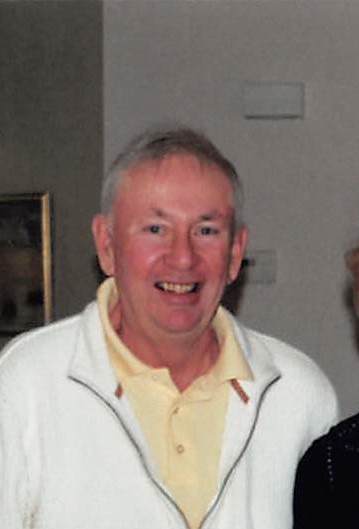 Gerald L. Strum, 79 passed away peacefully at Ecumen Lakeshore on April 7th, 2022, after a brave battle with Lewy Body/Parkinsons Dementia. Jerry was born in Duluth, MN on February 16, 1943, and was a lifelong resident of Duluth. He was married to Sharon Skarman in 1965.

Jerry was a 1961 graduate of Duluth Central High School where he excelled at baseball, football, and hockey. He received his teaching degree from UMD. He worked for Duluth Public Schools teaching Elementary School and Special Education at Lester Park, Lincoln Park, and Lowell Elementary until his retirement.

Jerry was raised by his Mother and Grandmother on Park Point. He spent time as a child at their cabin at Rocky Run on the Brule River. He spent many years sailing on the Cracklin’ Rose’ including being the Trans Superior International Yacht Race Overall Winner in 1989. He was an avid curler and member of the Duluth Curling Club, winning the US Senior Mens Championship in 2002. He enjoyed hunting, fishing trips, and golfing. He enjoyed watching the Minnesota Vikings and the Twins. Jerry and Sharon enjoyed many vacations traveling with family and friends.

Jerry was fun loving with a quick wit. He valued family and friendships most of all. He had many lifelong friends along with close friendships in Bonita Springs, Florida and their home on Lake Dodo.

Scott and Rhonda want to thank Ecumen Lakeshore the Shores and Hospice for their compassionate care. We also want to thank Dr. Timothy Kleinschmidt for his wonderful care.

To order memorial trees or send flowers to the family in memory of Gerald "Jerry" Strum, please visit our flower store.