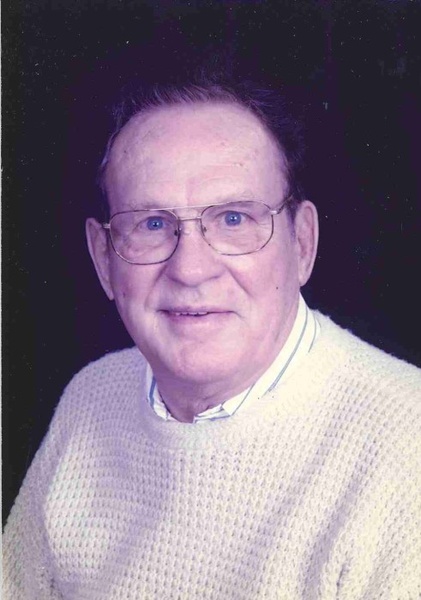 Gerald Floyd “Bud” Van Guilder, 92, of Duluth died Thursday, November 7, 2019 at St. Luke’s Hospital.  He was born on October 21, 1927 in Clear Creek Township in Carlton County to Floyd and Christel Van Guilder.  On October 29, 1945 he married Charlotte Kuchta and they celebrated 73 years of marriage.  Bud drove truck for Glendenning Motorways until he became a business agent for the Teamsters Union Local 346.  He also served as a town supervisor for Rice Lake Township for many years.  He was a member of the Teamster Retirees Club where he and Charlotte served as the travel coordinators planning over 250 trips across the United States for the club.  Bud enjoyed hunting, fishing, and golfing and was an avid Twins and Vikings fan.  He and Charlotte spent countless hours on building projects making many things for family and friends.  He especially enjoyed trips to the casino always playing his favorite wolf machine.  Bud was preceded in death by his wife Charlotte in March, his parents, three brothers James, Leonard and Karl; and two sisters Dolly Shaw and Norma Fraedrich.  He is survived by his daughter Cyndy Rogers of Anchorage, AK, son Tim (Liz) Van Guilder and daughter Nancy (David) Werner, both of Duluth; sister Mona (Dallas) Schilling; six grandchildren; nine great-grandchildren; and many other relatives and friends.  Bud’s family would like to thank the staff at Diamond Willow Arbor Rose Suite in Proctor and Dr. Timothy Kleinschmidt for their compassionate care.  A gathering of family and friends will be held on Tuesday, November 12, 2019 from 3:00 – 5:00 PM at Dougherty Funeral Home.  Inurnment will be at Forest Hill Cemetery.  Arrangements by Dougherty Funeral Home, 600 E. Second St., Duluth, 218-727-3555.

To send flowers to the family in memory of Gerald Van Guilder, please visit our flower store.