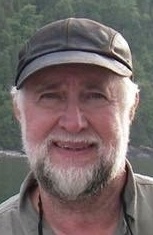 Gerald Stanley Buchanan, 72, of Duluth passed away Friday, February 8, 2019, at home with his family by his side. He was born October 25, 1946, in Brainerd, MN to Donald and Helen Buchanan. He graduated from Proctor High School before serving in the Army as a chaplain’s assistant. He was the administrator of Viewcrest Nursing Home before owning numerous businesses, mainly in the home health care field.

Gerry was larger than life. He enjoyed all of his “toys” but his joy came from sharing them. We will all remember boat rides on Lake Superior, wave runners on Pike Lake, snowmobiling in the gravel pit, rides in the Trans Am, bouncing on the trampoline, sailing in the Bahamas, snorkeling in lakes and oceans, and his famous Fourth of July fireworks display. When you were with him, it was always an adventure.

Gerry was an author, underwater film maker, and a prominent diver and explorer of Lake Superior. He was proud to be a NAUI certified instructor for over 45 years. He designed and built waterproof lights and cameras to use in his work and was always pushing the envelope to dive deeper. He was among the first to pioneer the use of mixed breathing gas and helped pave the way for a new generation of “tech” divers to go deeper, safer.

To send flowers to the family in memory of Gerald Buchanan, please visit our flower store.