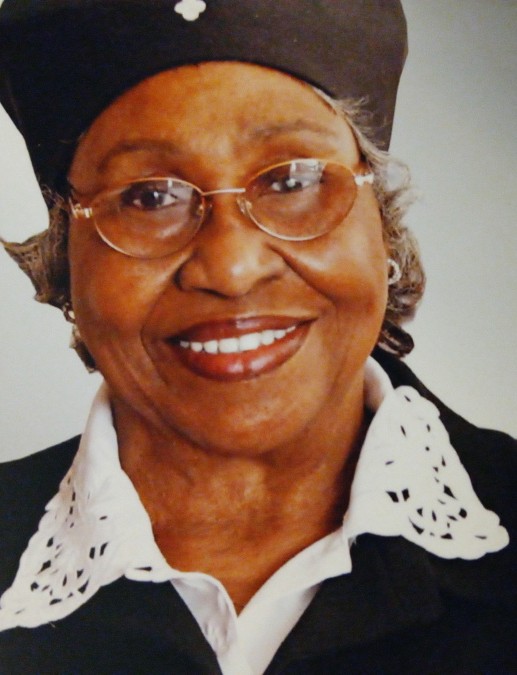 We Celebrate the life of Georgia Smith Reff , 94, who was born in Harriston, Mississippi on July 26th, 1927, to John Smith and Mary Trunnell Smith, both of Mississippi, and passed quietly on Sunday, October 24, 2021 in St. Paul. For many years the family Sharecropped at the Comfort Plantation. She attended school in a small one room schoolhouse and helped on the farm. From a young age she cooked for the family that were out in the fields. Another job was to keep the chickens out of the potato pile.

Her father, John Smith, went to New Orleans for work and soon went back to take his family away from the Sharecropping way of life. Once in New Orleans she attended school. She met her husband Simon Reff Jr through her brother Elijah. The two fell in love and Simon decided to head to Minnesota because his brother said that US Steel was hiring. US Steel was one of the few places that were hiring black people at equal wages at that time. Soon he saved up to send for Georgia. As she said, he had gotten a cold water flat over a bar, it may not seem to be much today, but it was a palace to them.

Georgia did not have her high school diploma when she arrived in Duluth, so she enrolled into Central High School in Downtown. In 1950 they both returned to New Orleans to get married and returned to Duluth. They wanted children so they adopted Marilyn who was an only child until they decided to adopt another child Lee. Together the family enjoyed traveling throughout the US, camping, fishing and so on. Georgia was a member of Eastern Star. She worked for extension services with the University of Minnesota and worked with 4H. When she was a teen, soon after arriving in Minnesota, she worked with school registration. Mrs. Irene Sanders recalled registering my mother when she was starting school.

Georgia was not one to be challenged. What she said was law and everyone knew it.

Georgia Smith Reff was the youngest of 7, the mother of 2 and grandmother of 6. She was a great grandmother and great-great grandmother. She was a Godly woman that always took part in the church. Calvary Baptist church was her first church in Duluth, New Hope Baptist church and on to St Marks AME Church. After moving to St Paul, she became a member of Wayman AME church where her stepson Alphonse Reff Sr was paster. She was on the Usher board for many years and enjoyed her time in the church. Once she started to have mobility issues and with the pandemic, she stopped going to church but God stayed in her heart and mind.

She is preceded in death by her parents John Smith and Mary Trunnell Smith; her husband Simon Reff Jr;

Georgia is survived by her brother Burnell Smith of Mississippi, daughter Marilyn Summers of St Paul and her children, Terrance Summers of Minneapolis and Rachel Summers of LA, CA ; son Lee Stanton of St Paul; stepson Rev Alphonse Reff Sr, his wife Jan Reff of Minneapolis, and their children Al of Minneapolis, Clint of Duluth, Simon and Trena  of Minneapolis; and a host of grand and great grandchildren, nieces, nephews, and cousins from around the country.

Georgia Reff will be missed greatly.

Visitation:  Friday, November 5, 2021 from 10 AM until the 11 AM funeral service at Dougherty Funeral Home.  Burial at Forest Hill Cemetery. If so desired, memorials may be directed to the Alzheimer’s Association. Arrangements by Dougherty Funeral Home, 600 E. Second St., Duluth, 218-727-3555.

To send flowers to the family in memory of Georgia Reff, please visit our flower store.