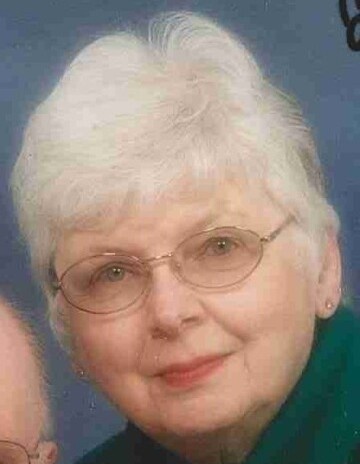 Georgia Ostazeski (88) died peacefully Sunday November 8th in her Hermantown home surrounded by family. She was born to Donald and Agnes Grubb, raised in Duluth and graduated from Duluth Central in 1950.  Georgia married David Ostazeski in 1951 and together they raised seven children. She and David loved each other well and celebrated 66 years of marriage until his death in 2017.  Georgia was a people person. While her family members were the primary recipients of her attention, she was a friend maker. Whether you were a longtime friend from high school, a current neighbor or a former neighbor, a member of her birthday group, or simply the person in front of her in a checkout line, Georgia wanted to know you. Her love for people caused her to find great satisfaction during time spent as a hospice worker. Georgia’s Christian faith was an important part of who she was.  Her four decades as a leader in Community Bible Study nurtured her faith and allowed her to nurture many relationships through the years.  Besides her parents and her husband, Georgia was preceded in death by her sister Nancy O’Hehir.  She is survived by children Susan Raimo, Mary(Tim) Johnson, Carol(Dale) Eklund, David Ostazeski, Paul(Kathy) Ostazeski, Mark(Mary) Ostazeski, Joe(Debra Marcero) Ostazeski, brother Charlie(Mary) Grubb, sister-in-law Gloria Murphy, brothers-in-law Stanley and Bob Ostazeski, 13 grandchildren, 20 great-grandchildren, and a large circle of extended family and friends.

Due to Covid private services will be held. To leave an online condolence or view a short video of Georgia’s life visit, www.dfhduluth.com.  Arrangements by Dougherty Funeral Home, 600 E 2nd St. Duluth, MN, (218) 727-3555.

To send flowers to the family in memory of Georgia Ostazeski, please visit our flower store.