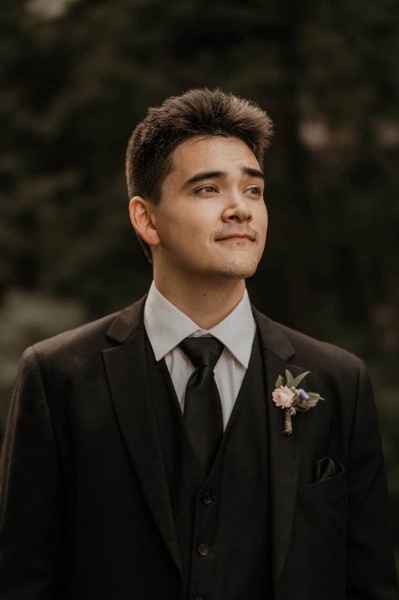 George Conor James Reindl, 21, passed away on August 13th, 2020 in his home in Superior, WI. Conor was born in Winona, MN on May 20th, 1999. Although Conor has gone far too soon, he leaves behind a legacy of hearts touched by his love, compassion, joy, and friendship.

Conor had a strong passion for learning. He graduated from Denfeld High School in Duluth, where he was a part of HOSA - Future Health Professionals, Debate Team, Speech Team, and was an active member of the theater. Conor went on to attend the College of Saint Scholastica, where he was studying Biology and had future plans to attend Medical school. His interest in theater continued at CSS, where he was involved in many plays, including Sense and Sensibility, where he met Katherine Grotte and they shared their first kiss. Conor and Katherine went on to date, and eventually marry, and were a beautiful example of love.

Conor had a love for adventure. He enjoyed hiking, climbing, camping, and simply being with friends and family in nature. His friends will remember late nights chatting around a fire, his great sense of humor, and his support in their times of hardship. One of Conor’s greatest strengths was his compassion for others. He was always willing to help anyone in need, stranger, or friend. Conor was lovingly referred to as a “friend crush” by his closest circle, because everyone wanted to be his friend. He was a true model of what makes a great man.

Anyone who knew Conor knew he had a great love for music. His music collection spanned over many genres and decades. When asked about a song, he seemed to always know its history including who made it popular, who originally sang it, and when it was first released. This was a testament to Conor’s love of both knowledge and the arts and was a part of what made him so incredibly interesting.

Conor was a true gift to this earth and to all of our lives. He will be deeply missed.

To send flowers to the family in memory of George Conor Reindl, please visit our flower store.