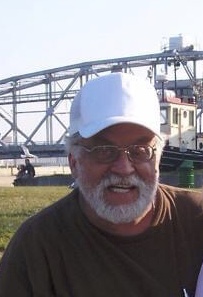 Gary Edward Foster, 74, of Duluth, died Tuesday, April 28, 2020 in Duluth.  He was born August 30, 1945 in Duluth to Edward and Ruby (Moebakken) Foster.  Gary was a Denfeld High School graduate.  He had worked at Superwood as a press operator.  He also had worked on the oar boats and Park Hill Cemetery.  He was a member of Bethany Community Church.  He was preceded in death by his parents, his sister Gail, and his son Thomas.  He is survived by his daughter Karen (Joshua) Hood, his step-son Danforth (Lourdes) Olson, and his grandchildren:  Kallie Johnson, Sophia Hood, Joshua Hood and Dana Olson.  Private family graveside services.  Arrangements by Dougherty Funeral Home, Duluth, 218-727-3555.

To order memorial trees or send flowers to the family in memory of Gary Foster, please visit our flower store.