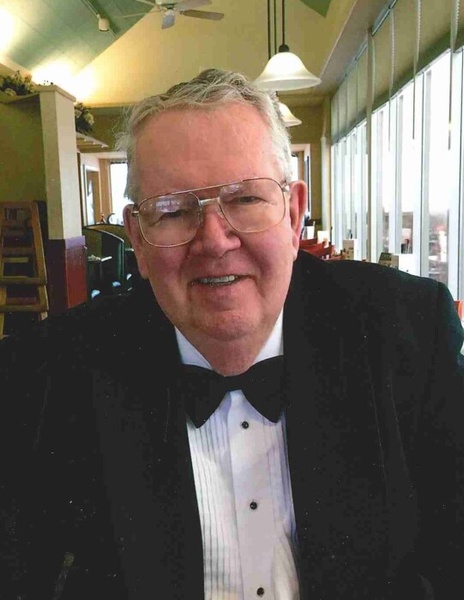 Frederick A. Olsen, 88, of Duluth, passed away peacefully on Thursday June 24, 2021, at St Luke’s Hospital after a short illness. Fred was born March 30, 1933, at St Mary’s Hospital in Duluth to Arthur and Bessie Olsen. After graduating from Central High School and University of Minnesota Duluth, he married Laetitia Laux in 1955. Fred joined the Army Reserve and they traveled during that time, including to San Francisco, a city they both always enjoyed. Upon return to Duluth, Fred joined St. Louis County Federal Savings & Loan Association where he worked for many years, culminating as Executive Secretary-Treasurer. During his work, he met many, many people and was very well known in business circles. After that time, Fred became the Executive Director for St. Ann's Residence in Duluth, again making many friends along the way.

Fred was an active member of the Optimist Club, Administrative Management Society (AMS) and of the Serra Club. Serra Club consists of lay Catholics, all dedicated to promoting and fostering vocations and support the priesthood and religious orders. Additionally, Fred was a proud member of the Knights of Columbus. Fred also enjoyed a life-long passion for music, specializing in the clarinet. He was Drum Major for an Army Reserve Music Band unit, he was a member of the Duluth Community Band, the Proctor Community Band, and the Twin Ports Wind Ensemble. Many a concert was performed to the delight of the audiences.

Fred was pre-deceased by Laetitia Laux Olsen after over 53 years of happy marriage, and his granddaughter Amanda Theresa Tamillo (Gregory).

To send flowers to the family in memory of Frederick Olsen, please visit our flower store.