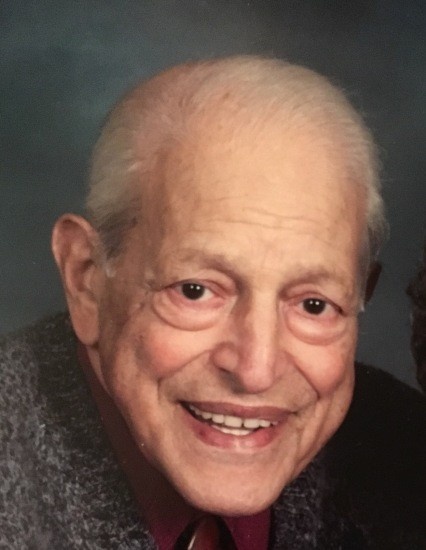 Frank James Michelizzi, 95, of Duluth, passed away peacefully with family by his side, on Sunday, November 25, 2018.  He was born in Duluth, on December 18, 1922, to Michelangelo and Carmella (Condoluci) Michelizzi.

Frank played football at Cathedral High School and became a lifelong football fan.  He graduated in 1943 and served in the army during WWII.  On return to Duluth he worked in retail grocery stores for over 40 years.

In 1955 he married Gloria Glatzmaier and they made their home in Duluth. He was a former member of St. Anthony’s and a current member of St Benedict’s Catholic Church; he served on many committees at both.

He was a longtime member of the Knights of Columbus. He sang with the Italian American Club singing group and belonged to the Lake Ave Loafers.

In retirement he and Gloria enjoyed traveling around the country on tour buses where he entertained his fellow travelers with his harmonica.  He was an avid poetry writer and had several poems published.  But, the most important thing to him was his family.

He was preceded in death by parents, brothers, Pat, Sam, and Rokie, and granddaughter, Toni Marie Michelizzi.

Memorials may be directed to St. Benedict’s Catholic Church.

To send flowers to the family in memory of Frank Michelizzi, please visit our flower store.