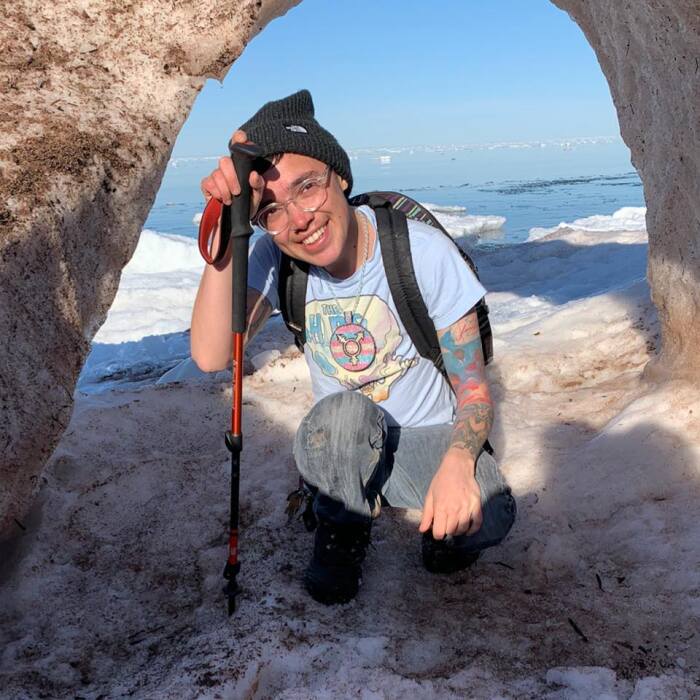 With our deepest sorrow, we announce that Evan Owen Adams Jadalla, age 29, passed away on Sunday May 9, 2021 and rests in peace. Those who knew Evan have been blessed by his fierce spirit in their lives and miss him very much.

Evan will be missed every day by his loving family; Father, Nidal Jadalla, his Mother, Crystal Vaughan, and brother Shane Kenney-Vaughan from Albuquerque, New Mexico (NM); and his chosen queer and trans family in Minnesota (MN) and NM.

Evan’s love of animals shone while working as a dog groomer in NM for 10 years. In 2018 he earned his Bachelor’s Degree in Psychology from the University of NM. He then moved to MN to complete his Masters in Social Work from the University of MN-Duluth. After an internship with Life House, he became an extraordinary therapist and youth advocate for the organization. One of his gifts was to be a meaningfully presence in peoples’ lives and helping them find a good path forward when they struggled. He was a compassionate anti-racist organizer and leader for the LGTBQ2+ community, and especially advocated for Black, Indigenous, & People of Color LGBTQ2+ folks. Evan was instrumental in the Duluth LGBTQ2+ conversion therapy ban that took effect in 2020. He was recently appointed to the newly formed NQT2SLGBIA Commission for the City of Duluth, which he help create.

Evan treasured his dog Rio and cat Cinder. He was an expert agate collector. Evan loved Lake Superior and missed the desert in NM. His smiles were radiant and laugh was infectious. Evan’s kind and giving heart will be missed by all.

One of the community-wide celebrations of life will be held on Friday, May 21. More details will be announced soon.

To order memorial trees or send flowers to the family in memory of Evan Adams, please visit our flower store.

Place and time to be determined