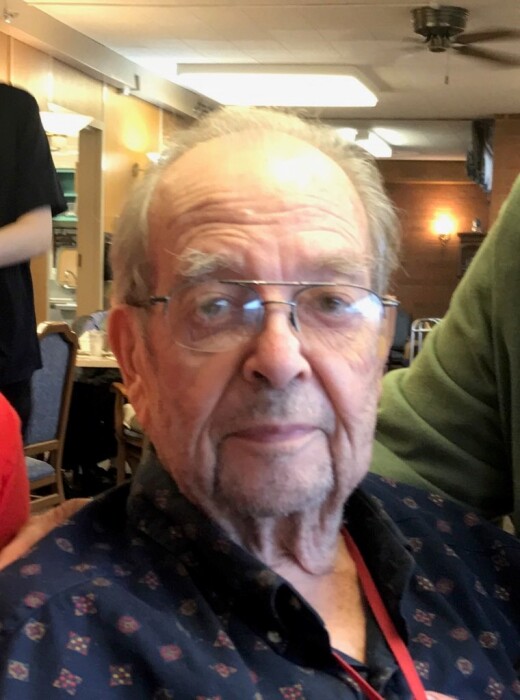 Emmery James Prisk, 89, died Friday, May 15, 2020. Born, July 10, 1930, he was the son of Albert and Mercedes Prisk of Ely, MN. He graduated from Rosevelt High School, Virginia, MN in 1948.  He went on to Junior College in Virginia, the University of MN, and then graduated from the University of MN Duluth in 1958 with a degree in Business Administration and Engineering.  During college in 1956, Emmery became a member of Gamma Theta Epsilon, a National Professional Geographic Fraternity. Before graduating from college Emmery joined the Armed Services in 1952. He served as a Morse Code Radio Communication Interceptor stationed in Ethiopia, Africa during the Korean War.  As a corporal in the Army he received a National Defense Service Medal. He was honorably discharged in 1955. In 1953 Emmery married his high school sweetheart Adrienne Marie Lahay of Virginia, MN.  They raised three children together living in Duluth, MN.  They were members of the Cathedral of Our Lady of the Rosary Catholic Church for more than 60 years.  His church volunteer work included usher and eucharistic minister for church services.  After celebrating 61 years of marriage Adrienne passed away in 2014. For over 30 years Emmery’s occupation was working for the United States Steel Corporation as a Property Manager for Northern Lands and Minerals. He often traveled to the Iron Range of northern MN as a land administrator. He retired from U.S. Steel in 1983. He also worked part time in the 1960’s for H & R Block during tax season. In the 1970’s Emmery volunteered his time as President of the Multiple Sclerosis Society. Emmery’s favorite activities were gatherings with family and friends entertaining all with his quick wit, stories, jokes, and bartending skills. He enjoyed reading the newspaper and suspense novels, playing golf and bowling in his younger years, swimming, and he loved to play cards and a good game of cribbage. Emmery is survived by; daughter Mary Bush and her son Jared; daughter Susan Flaherty and her children Katie (Tim), Allyson (Kent), Shannon, and Keegan; son James (Deanne) Prisk and their children Alex, Garrett, and Dawson; three great grandchildren Ailee, Westin, and Clara; as well as many nieces, nephews, and friends.

To order memorial trees or send flowers to the family in memory of Emmery Prisk, please visit our flower store.