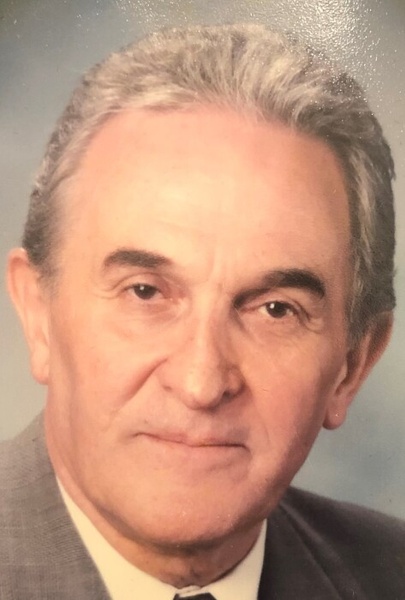 
Eli John Miletich, 86, a longtime Raleigh Street and Piedmont resident, passed away peacefully on Monday March 21, 2022 surrounded by his family. He was born in Duluth on September 23, 1935, to Eli Sr. and Italika Miletich. Eli graduated from Denfeld High School and received an Associate Degree from UMD. He was a U.S. Army Veteran, serving in Germany. Eli retired as Police Chief of the City of Duluth after 33 years. He also worked as a member of the United Nations International Police Task Force in Bosnia, and he had worked as a realtor for a short time. Eli was a member of Christ Lutheran Church, the All American Club, the Italian American Club, VFW, American Legion, Lake Avenue Loafers, and lifelong member of the Raleigh Street Gang. He also authored two books. Eli always lived the principle that family and friends are most important in life, and he treasured them.
He was preceded in death by his parents, sisters Mary, Gloria, and Goldie, brothers Steve, Marty, Nick and Tom (Butch), infant son Ethan. and an infant great grandson Elijah Colich.
Eli is survived by his wife of 61 years Carol, daughter Stacy Colich, sons Dana (Joie), and Derek, grandchildren Michael (Anne), Marc, Christiana, Sage, Emily, Kendal and Reese, and a great-grandson Nicholas, sister Eva Cole, and many nieces and nephews.
Visitation will be held on Sunday March 27, 2022, from 2PM to 4PM in Dougherty Funeral Home. Visitation continues Monday from 10AM until the 11AM Funeral Service in Christ Lutheran Church. 2415 Ensign St., Duluth, MN 55811. A private burial will be in the MN State Veterans Cemetery, Duluth. In lieu of flowers please share memories and stories about Eli at Dougherty Funeral Home Duluth’s website. Memorials may also be made to the Safe Haven Shelter and Resource Center in support of domestic abuse survivors, a program which Eli was instrumental in the development of and strongly believed in; Safe Haven P.O. Box 3558, Duluth, MN 55803. Arrangements by Dougherty Funeral Home. 600 E. 2nd St. Duluth, MN 55805. 218-727-3555.

To send flowers to the family in memory of Eli Miletich, please visit our flower store.