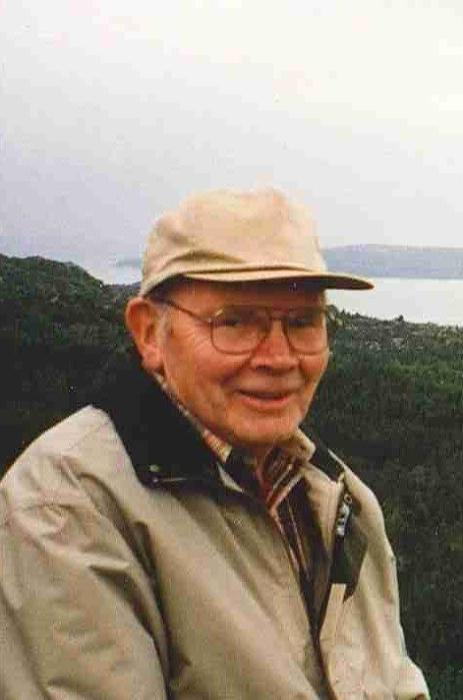 Egil Hoivik, 92, of Duluth, died on Wednesday, March 11, 2020 at St. Luke’s Hospice.  Egil was born September 5, 1927 to Oscar and Magda Hoivik in Bergen, Norway.  He immigrated to Duluth MN in 1947 to attend school at the University of MN-Duluth.  Before graduation he was drafted in the US Army and served in the Korean Conflict from 1950-52.  His fiancée, Gudrun Sangolt immigrated to Duluth in 1950 and they were married on December 31, 1950 during his New Year’s leave from the Army.

Upon return from the service, Egil attended and graduated from the Institute of Technology at the University of MN with a degree in mechanical engineering in 1957.  He was employed by American Hoist, St. Paul and Clyde Iron Works, Duluth until his retirement in 1987.  Following his retirement, he and Gudrun traveled extensively, including trips back to Norway to spend time with family there.

Egil was preceded in death by his parents.  He is survived by his wife of 69 years, Gudrun; his sons John (Leanne Ventrella) and Rolf, both of Duluth; his sister Karen (Jostein) Fonn of Sandefjord, Norway; his granddaughters Lynne (Jhovany Sanchez) Hoivik and Amanda (Brandon) Bilbrey and great-granddaughter, Livia Sanchez, all in Texas; and nieces and nephews in Norway.

Visitation will be from 10 AM until the 11 AM memorial service on Saturday, March 14, 2020 at First Lutheran Church, 1100 E. Superior Street, Duluth.  Inurnment will be at a later date.  Memorials may be directed to the CHUM Food Shelf.  Arrangements by Dougherty Funeral Home, Duluth, 218-727-3555.

To order memorial trees or send flowers to the family in memory of Egil Hoivik, please visit our flower store.