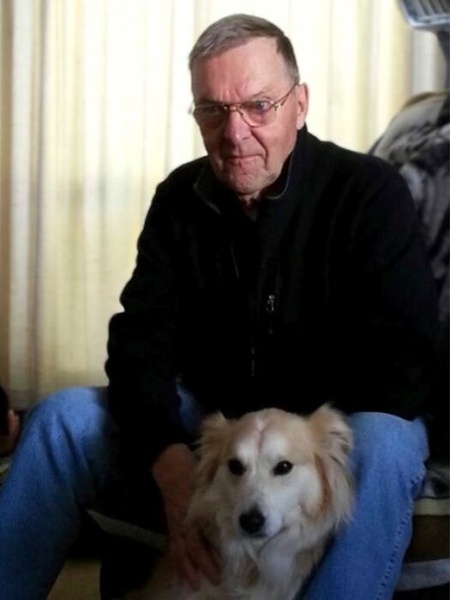 Edward (Ed) Allen Joyal, 90, of Duluth, passed away peacefully on March 26, 2022. A lifelong resident of Duluth, Ed was born on June 5, 1931, to Louis and Florence Joyal and was the oldest of 5 siblings. He married Janice A. Rose on April 25, 1953, and they would later have four children. Ed was a devout Catholic and was a member of Saint James Catholic Parish for most of his life.

As a youngster, Ed enjoyed spending the long Duluth winters skiing and ski jumping with his friends, eventually earning himself the nickname Slatts. Growing up in West Duluth brought lots of adventure including a few stories about climbing the ore docks to catch birds. As he grew older, he found enjoyment spending time camping and fishing at Hanging Horn Lake and Whiteface Reservoir with family and friends and later at the cabin on Fish Lake.

Ed was a learner and was self-taught in many things. In the early 60s he bought a carpentry book and would go on to build a new home for his parents, a home for his family with Janice and several years later, helped his oldest son build his home. Once the house was built, he could often be found out in the garage where he usually had a snowmobile, outboard motor, or some other small engine that he was repairing. His love of taking things apart and fixing them was transferred on to his kids who were often assistants on the projects he was working on. He had an ear for music, a tenor voice that was heard often during mass at church and a gift to play instruments like the harmonica, concertina, or piano by ear.

Early on Ed learned the value of hard work. His early career was with the Duluth, Winnipeg and Pacific Railway. He later got a job at old Central High School as a boiler fireman and earned his boiler license. Over the years he held multiple roles for the Duluth School District and Duluth Area Vocational Technical Institute where he retired as a Stationary Engineer.

Dad, you are already so dearly missed but we find peace knowing you have made the journey home to be with God. You taught us so many things including the value of faith, family, honesty, and hard work. We may also have the same sweet tooth for ice cream. We will hold these close for the rest of our lives. We love you, Dad.

He is preceded in death by his parents, Louis & Florence; wife, Janice; siblings, Diane, George, Donna, and A.D; and special friend, Marion Duff. Ed is survived by his 4 children, David (Fayette), Deanna (Alan) Nerem, Richard (Sue), and Christine (Curtis) Olson; 8 grandchildren; 12 great-grandchildren; his loving dog, Gabby; and many other family and friends. A private Mass of Christian Burial will be held on Monday, April 4th at Saint James Catholic Church with burial at Oneota Cemetery.

To send flowers to the family in memory of Edward Joyal, please visit our flower store.