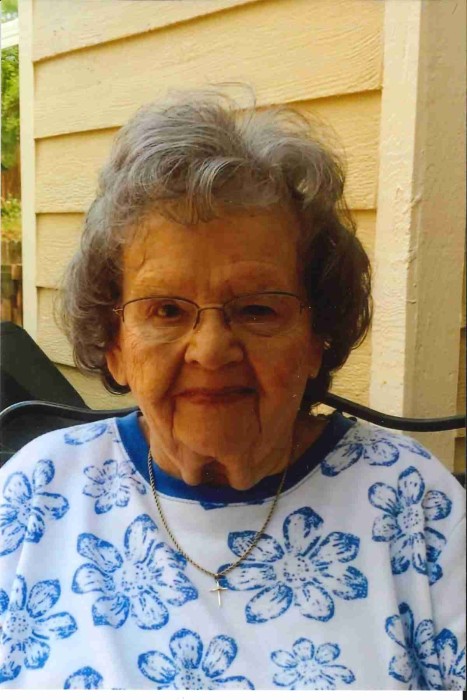 Dorothy Marie Thomas Gunderson Jaret, 96, of Duluth, beloved wife, mother, grandmother and great-grandmother passed away peacefully on Saturday, January 18, 2020 at Diamond Willow Assisted Living in Proctor.  She was born in Duluth on December 19, 1923 to the late Louis and Anna (Prybelski) Thomas.

She lived in Duluth most of her life, attending St. James Catholic School and Denfeld High School.  She married Wayne E. Gunderson on May 8, 1944 and they had 26 years together.  These years were spent raising a family of nine children and many happy times at their cabin on Silver Lake.  Wayne passed away in 1970.  Dorothy relocated to the Gulf Coast of Florida, returning to Duluth for annual family visits.  While living in Florida, she was active at St. John’s Parish in St. Petersburg and helped establish Meals on Wheels there, and for many Christmas seasons was a bell ringer for the Salvation Army.

After several years in Florida, Dorothy met Joseph Jaret, retired fire chief and widower from Long Island, NY.  They were wed on May 18, 1985, at St. John’s in St. Petersburg, FL by Monsignor Patrick Trainor.  Joe and Dorothy enjoyed traveling and had many friends and relatives to visit throughout the country.  She was widowed again in 2004, then spent her days enjoying her home in Florida and visits from family and friends.  In 2008, she returned to live in Duluth until the time of her death.

To send flowers to the family in memory of Dorothy Gunderson Jaret, please visit our flower store.