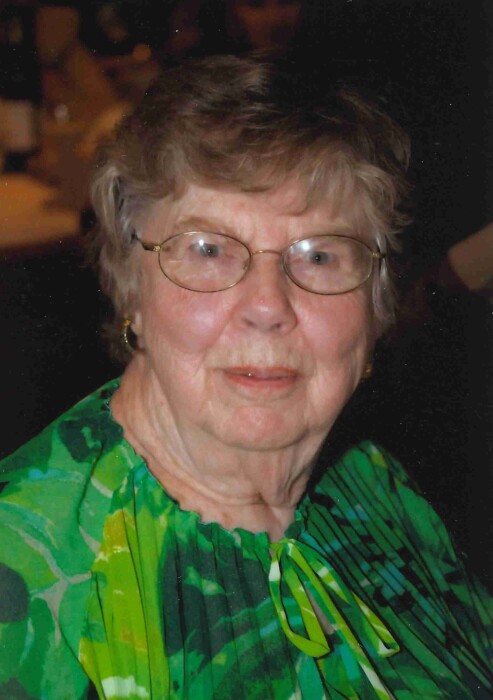 Dorothy Drazich of Duluth passed away peacefully on Saturday, May 15, at Primrose Retirement Community at the age of 95. She was born on November 19, 1925 in Duluth. She graduated from Denfeld High School Class of 1943.  Dorothy worked in the payroll department of Coolerator for several years.  In 1950 she married Merrill Hanson and together they had 3 children.  They owned the West Duluth Dairy Queen from 1960 to 1967 when Merrill died. Dorothy worked at UMD in the cashier’s office for 18 years until her retirement.   In 1977 she married Mike Drazich, moved to Proctor, and became the mother of 3 more teenage boys.  Dorothy and Mike liked to camp, travel, and play cards.

Over the years Dorothy sang in several church choirs, was active at Kenwood Lutheran and Forbes United Methodist Churches, was a Girl Scout and Cub Scout leader, volunteered at the Depot and Railroad Museum, and was a member of Trinity Chapter OES #283 for over 50 years.  She enjoyed entertaining for holidays and birthdays.

The family would like to thank the staff of Primrose for their compassionate care.

A private family service Friday, May 21 at 12 noon will be held at Forbes United Methodist Church. Burial will be at Park Hill Cemetery.  The Service will be Live Streamed on the Dougherty Funeral Home Facebook Page starting at Noon.

To order memorial trees or send flowers to the family in memory of Dorothy Drazich (Klampe, Hanson), please visit our flower store.